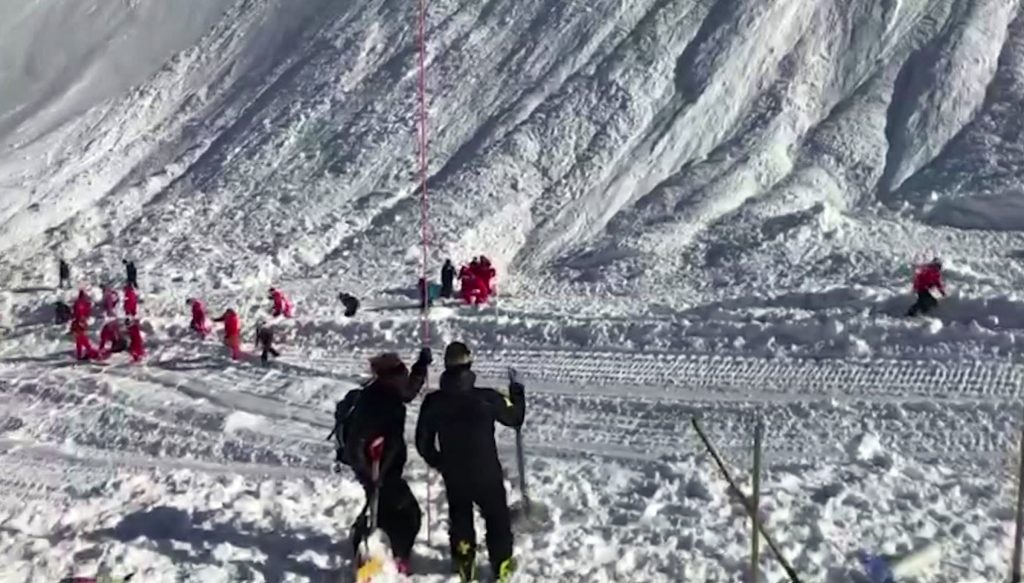 Four snowboarders died in an avalanche Monday near the French Alps resort of Tignes, according to local officials who did not expect the death toll to rise.

The avalanche — about 330 feet wide and 1,300 feet long — struck the mountain about 6,900 feet up in an off-piste sector known as Tovière. The area is popular for its extensive slopes and stunning views.

Initial reports sowed confusion that more skiers had been caught in the disaster, but authorities said the victims had been accidentally entered into the skiing database twice.

“We lament the four deceased victims and we think there will be only four … The search continues. It was an avalanche of a huge scale,” said Albertville Deputy Prefect Nicolas Martrenchard.

All four fatalities — a 49-year-old instructor, a 48-year-old father, his 15-year-old son and a 19-year-old half-brother — are believed to be French but were not identified by officials by name.

They had been walking off piste — snowboards in hand — with a guide near the main Tignes slopes when the avalanche hit, Martrenchard said, adding that they were equipped with locator devices.

An Alps Security rescue worker said the bodies of the four dead had been retrieved by early afternoon. He said about 40 people had worked on the rescue, which involved helicopters and local ski instructors.

The avalanche risk in the area was evaluated at three on a five-point scale. Other slopes at the resort were still open on Monday, the first day of the British winter school holidays.