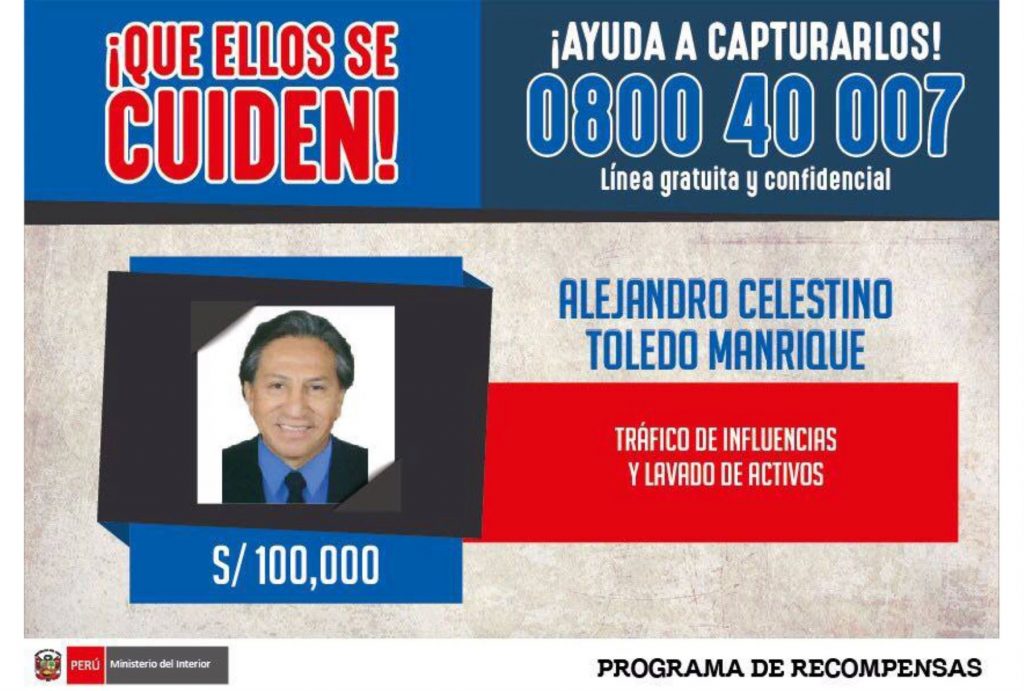 Alejandro Toledo, the former President of Peru, is seeking to get to Israel, reports over the weekend said. Toledo is wanted in Peru on corruption charges, accused of accepting $20 million in bribes from a Brazilian contracting firm.

Toledo, who has disappeared from view, is currently thought to be in the United States, and Lima sees Israel as a possible destination the former president might attempt to flee to, a Peruvian government official told Reuters.

According to the government, Toledo was set to board a flight from San Francisco to Tel Aviv on Saturday night. Peru issued an international warrant for his arrest, but U.S. authorities informed Lima that they would not hold the former president if he attempted to board the flight. It is not clear whether or not Toledo is on that flight, which will arrive in Israel at about 9 p.m. Sunday night Israel time.

Toledo’s wife has Israeli citizenship, and the former president is said to have a close relationship with Israeli businessman Yosef Maiman.

Peru has an extradition treaty with the United States but does not have one with Israel.

The Peruvian government has also offered a $31,000 reward for any information that would lead to Toledo’s capture. “Anyone in the world who can help us find him can claim the reward,” Peruvian Interior Minister Carlos Basombrio said, adding that “Peru doesn’t deserve to see another president flee justice.”

Former Peruvian President Alberto Fujimori, who was also accused of corruption and human rights violations, fled to Japan but was eventually caught and repatriated to Peru, and is now serving a prison sentence.

According to justice officials in Peru, Toledo accepted $20 million from Braziian construction firm Odebrecht, which has been accused of bribing officials in numerous South American countries. A former Odebrecht executive has said he personally negotiated the bribes with Toledo in Rio de Janeiro in 2004, prosecutors say.