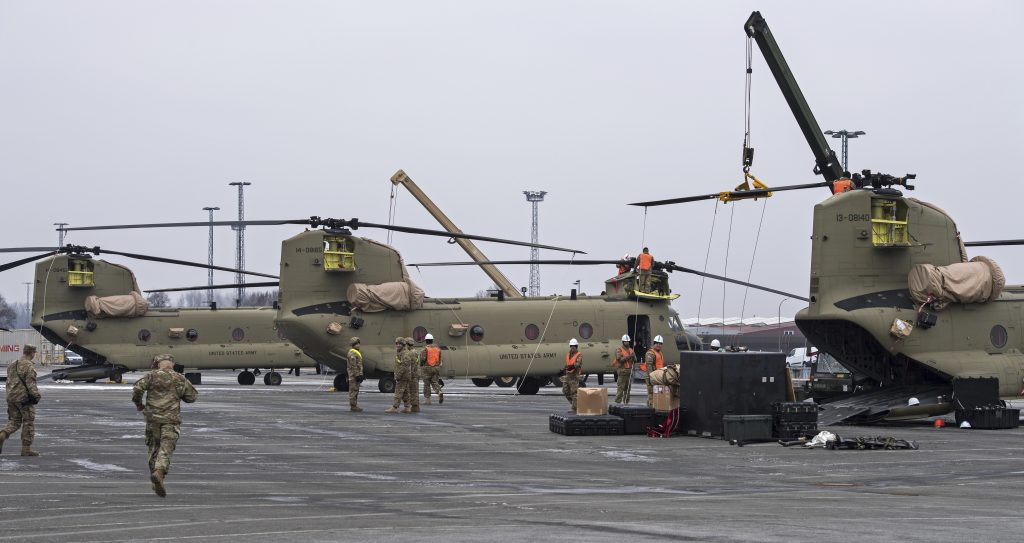 The U.S. Army has begun unloading dozens of Chinook, Apache and Black Hawk helicopters at a port in northern Germany so the aircraft can be moved to a base in Bavaria.

German news agency dpa reported Sunday that 94 helicopters and several trucks from the 10th Combat Aviation Brigade in Fort Drum, New York, were sent to the port of Bremerhaven.

Most of the equipment is bound for an Army base in the town of Illesheim, but dpa says some will be assigned to rotating stints in Lithuania and Romania.

The deployment is part of Operation Atlantic Resolve, which foresees the continuous presence of an American armored brigade combat team in Europe.

The mission is meant to help allay concerns of Poland and other NATO allies over an increasingly bellicose Russia.