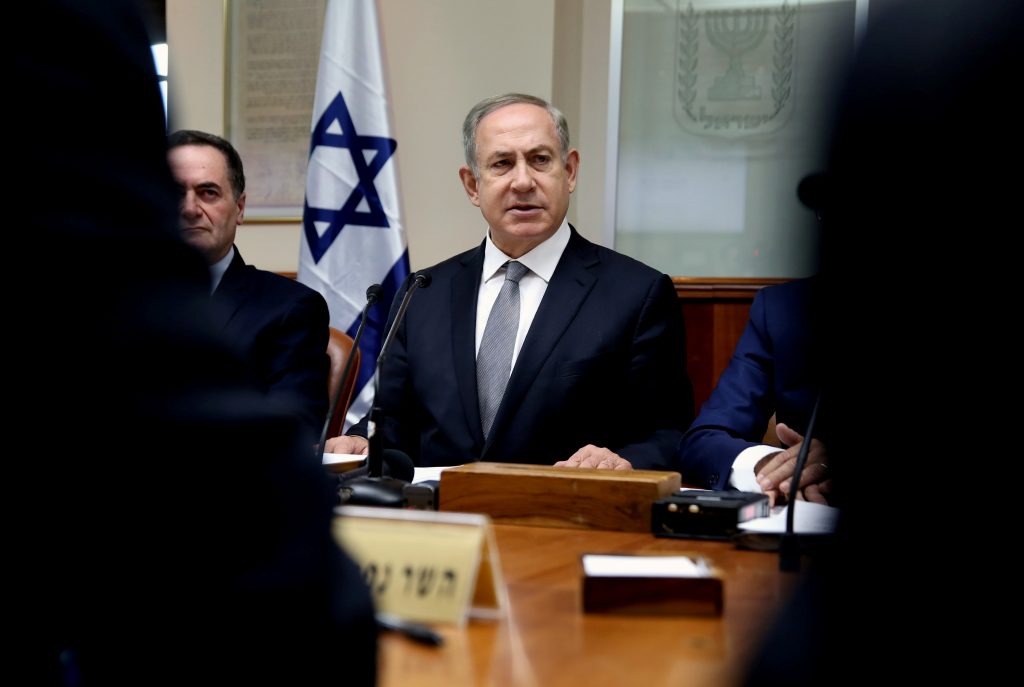 Prime Minister Binyamin Netanyahu said on Sunday that he would present “responsible policies” in talks with President Donald Trump, signaling to the right-wing members of the coalition, both within the Likud and in other parties, who demand that the prime minister put forth an aggressive Israeli position regarding construction in Yehudah and Shomron, possible annexation of Area C, and other issues.

PM Netanyahu leaves for Washington on Monday and will see Pres. Trump at the White House on Wednesday for their first meeting since the president’s inauguration last month, with the Israeli-Palestinian conflict and policy toward Iran on the agenda.

During his 2016 election campaign, Pres. Trump indicated his presidency would be a boon for Israel and tough on Palestinians, after an acrimonious relationship between his predecessor, Pres. Barack Obama, and PM Netanyahu, which included clashes over settlement building and Iran’s nuclear program.

During his election campaign, Pres. Trump talked of moving the U.S. Embassy to Yerushalayim, naming a right-wing ambassador and exerting no pressure on Israel for peace negotiations, which collapsed in 2014. But he has since toned down his pro-Israel bravado ahead of PM Netanyahu’s visit, a change that could help the prime minister keep in check coalition partners calling on him to push a tougher agenda.

“To believe there are no restrictions now would be a mistake,” Israel Radio quoted PM Netanyahu as telling members of his Likud Party with respect to settlement expansion now that Pres. Trump is in office.

On the eve of PM Netanyahu’s departure for Washington, Education Minister Naftali Bennett publicly cautioned him not to mention the words “two-state solution” in talks with Pres. Trump. Bennett’s party is also promoting the annexation of parts of Yehuda and Shomron.

Netanyahu has stopped short of endorsing those positions — steps that would put Israel at odds with long-standing U.S. and European policies — while speaking of building in major settlement blocs Israel intends to keep in any future peace deal.

In public remarks to his cabinet on Sunday, he seemed to urge the far right to tone down its expectations.

“I understand there’s great excitement about this meeting [with President Trump],” he said. “But … my primary concern is Israel’s security (and) strengthening our solid alliance with the United States.”

That, Netanyahu said, “requires responsible policies, policies that are given careful consideration — and that’s how I intend to act.” He did not elaborate.

His comments appeared to echo remarks President Trump made in an interview published Friday in the Yisrael Hayom daily. Calling on Israel “to be reasonable with respect to peace,” he said settlements “don’t help the process.”