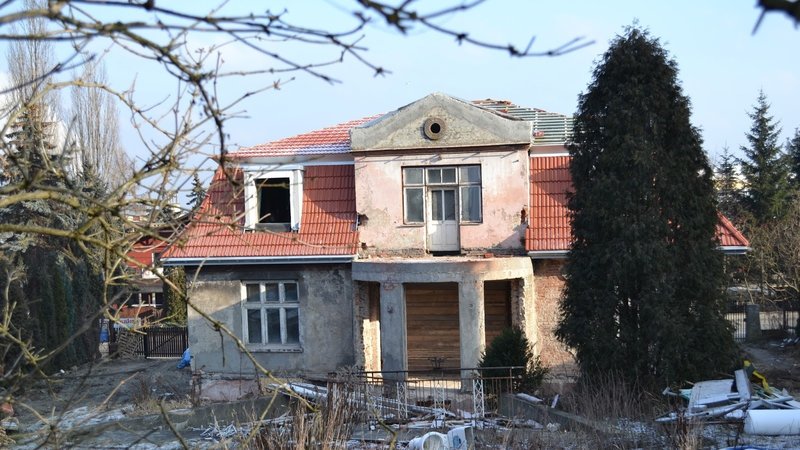 A Polish real-estate developer is controversially renovating the home where notorious Nazi Amon Goeth would torture and murder Jews during the Holocaust, into a luxury villa for the developer and his family, according to a report in the U.K. Daily Mail.

Goeth, the commander of the Plaszow concentration camp near Cracow, Poland, was a particularly brutal Nazi, who would shoot at Jews at random and kill prisoners for minor offenses like not working quickly enough. His villa near the camp was both a pleasure dome and a torture chamber. Goeth would hold lavish parties with fancy food and drink, waited on by Jewish maids, whom he would sadistically torture for the slightest wrongdoings. Goeth once stabbed a maid, Helen Horowitz, in the leg, cutting through a vein, when she set too few places for dinner. Another maid, Helen Jonas-Rosenzweig, said in an interview with the Daily Mail that a young boy was shot because he had left a room without asking permission. She also said that Goeth had two pet dogs who were trained to attack prisoners and rip them apart.

Goeth, who was infamous for never beginning his breakfast until he had shot at least one Jew, was tried and convicted by a Polish court in 1946, and executed by hanging.

Artur Niemyski, the real-estate developer, bought the property last year and is renovating the formerly decrepit villa in order to move his family in this summer. The basement, where Goeth’s Jewish maids were held prisoner, will be turned into a workshop or a wine cellar.

But JRoots, a British Holocaust education charity and Jewish tour company, is seeking to turn the villa into a memorial.

“I was a prisoner in this house and a victim,” said Jonas-Rosenzweig. “I want the world to learn what happened there.”

Niemyski is insisting on moving forward with his renovation. He says that educational tours to the villa will no longer be allowed, but that he would consider allowing a plaque to be mounted on the outside.

“They can take photos from the outside,” he said. “This is their right. But I will not allow them to come in. Why should I allow people to look into my private property?”

Niemyski said that what occurred at the home during the Holocaust should not affect the future of the property.

“My opinion is that this building was occupied for a small period by this Nazi, which should not influence this property forever,” he said.

“The whole street was occupied by officers from the camp of various ranks, and different stories happened there as well. We have to live with this,” said the developer.

Niemyski says he does not seek to offend anyone.

“I used to be on good terms with the Jewish community. I have project-managed the renovation of a synagogue, and at the time I met groups from Israel, New York, all over the world,” he said. “I don’t want to make somebody feel bad about what we are doing.”

“Generally, I want to restore the house to once again be a Polish family house, and keep it like this.”

And how will Niemyski feel about living in the home?

“We can’t do anything about what happened in the country at that time,” he said. “I don’t know if I will feel comfortable sleeping at night, but I don’t think there will be a problem.”
Rabbi Naftali Schiff, founder of JRoots, said, “We welcome dialogue with the owner, but he has made it clear to us that he wants the world to forget what happened there.”

“We aim to inspire young people to light candles there and bring light into a dark place, to sing Jewish songs there that Goeth would have had you killed for singing,” Rabbi Schiff continued. “We ask young people to make a pledge in that house of cruelty to return to Britain and make society a better place.”

“Now all of this education has been lost. History is being erased before our eyes.”

JRoots has started an online petition to Cracow Mayor Jacek Majchrowski and the Cracow City Council, to make the Goeth villa a recognized Holocaust memorial site.

In the petition, JRoots seeks to ensure that the villa be recognized “as a part of the new Plaszow Museum site. We are requesting that a plaque be attached to the property, and that groups continue to be allowed to visit this important historical site.”