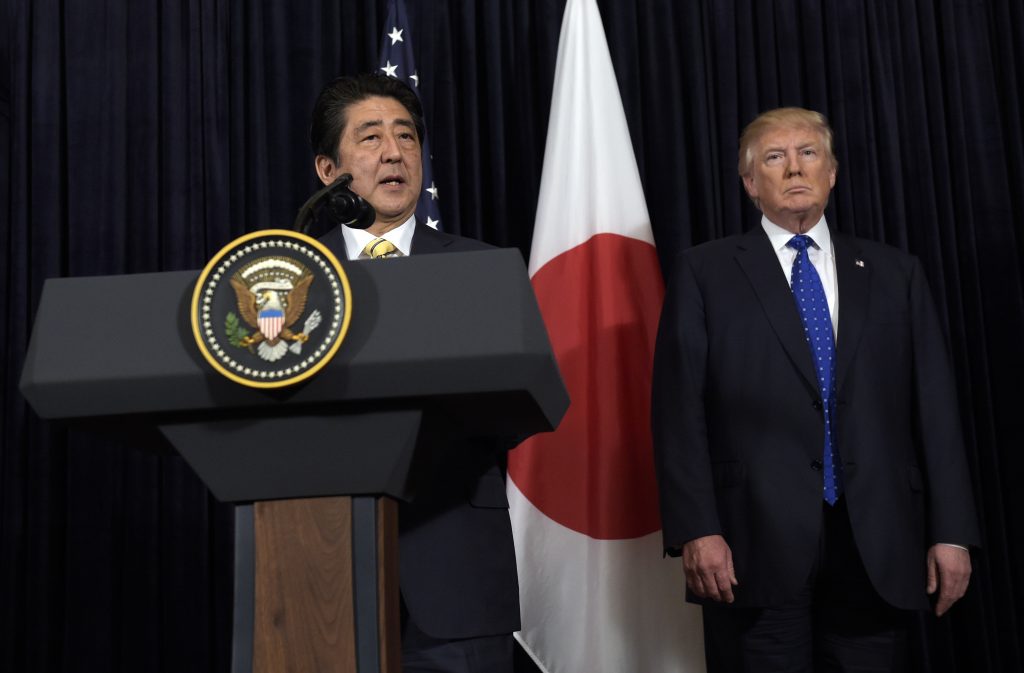 Embroiled in a legal battle over his immigration order, President Donald Trump now faces a new provocation in the first weeks of his presidency.

After a stormy start on the diplomacy front, President Trump was trying a more traditional approach of closely cultivating a relationship with Japanese Prime Minister Shinzo Abe. That approach was quickly tested Saturday night with word of a reported missile launch by North Korea.

The firing of a ballistic missile would be North Korea’s first such test of the year and an implicit challenge to President Trump, who stood with PM Abe at his Mar-a-Lago Club in south Florida and said he stood by Japan “100 percent.”

The provocation comes as the White House continues to weigh its options following a legal blow to President Trump’s immigration order suspending the nation’s refugee program and barring citizens of seven Muslim-majority countries from entering the U.S.

Seeming to double down on its approach, the White House is dispatching chief policy adviser Stephen Miller, who helped craft the order, on a Sunday show blitz. He’s set to appear on ABC, NBC, CBS and on Fox News.

While the administration maintains that all options are on the table — including a Supreme Court appeal — President Trump said on the plane ride down to Florida for the weekend that he was considering signing a “brand new order” as early as Monday to try to bypass the legal challenges.

“North Korea’s most recent missile launch is absolutely intolerable,” PM Abe said through a translator. He added that the North must comply fully with relevant U.N. Security Council resolutions, but also noted that President Trump had assured him that the U.S. supported Japan.

“President Trump and I, myself, completely share the view that we are going to promote further cooperation between the two nations. And also we are going to further reinforce our alliance,” he said.

President Trump followed PM Abe with even fewer words, saying in part: “I just want everybody to understand and fully know that the United States of America stands behind Japan, its great ally, 100 percent.” With that, they left the room, a surprise of sorts given that the usually outspoken Trump neither condemned nor denounced the launch.

In the opening days of his presidency, President Trump’s diplomacy had a rocky stretch that included contentious phone calls with the leaders of Mexico and Australia. In contrast, the first visit by a foreign leader at his Mar-a-Lago estate was a friendly weekend of meetings, dinners and golf that suggested the new president was willing to invest time in developing close personal relationships with leaders he feels he can work with.