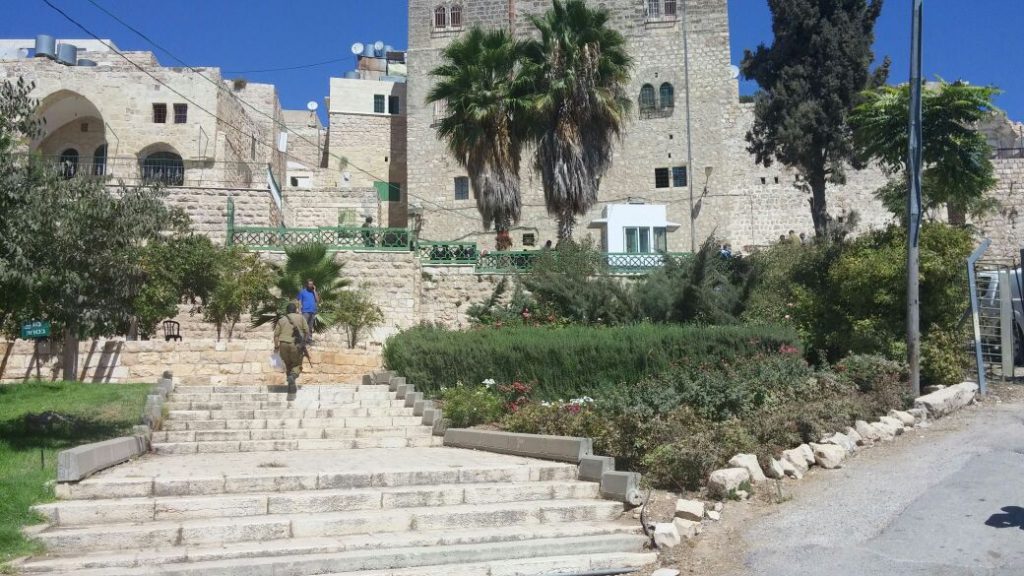 An Arab attempted to stab a Border Guard near Me’aras Hamachpelah on Shabbos afternoon. The 17-year-old female terrorist, a resident of Chevron, approached officers, pulled out a knife and began running toward them. One of the officers called for her to halt, and she continued running, changing direction to run toward a playground, where dozens of children were playing.

One of the officers ran after her and got ahead of her, blocking her from a group of children. He, along with other officers drew their weapons and pointed them at the terrorist, who then dropped her knife and surrendered. She was arrested and taken in for questioning.

Two Israelis were lightly injured on Motzoei Shabbos when Arabs threw rocks at their vehicle as they were driving in Gush Etzion. The incident occurred on the Husan bypass road near Beitar Illit. One of the victims sustained an eye injury from glass that shattered when a rock hit the vehicle’s window. The Husan bypass road has been the site of nearly daily rock attacks by Arabs.