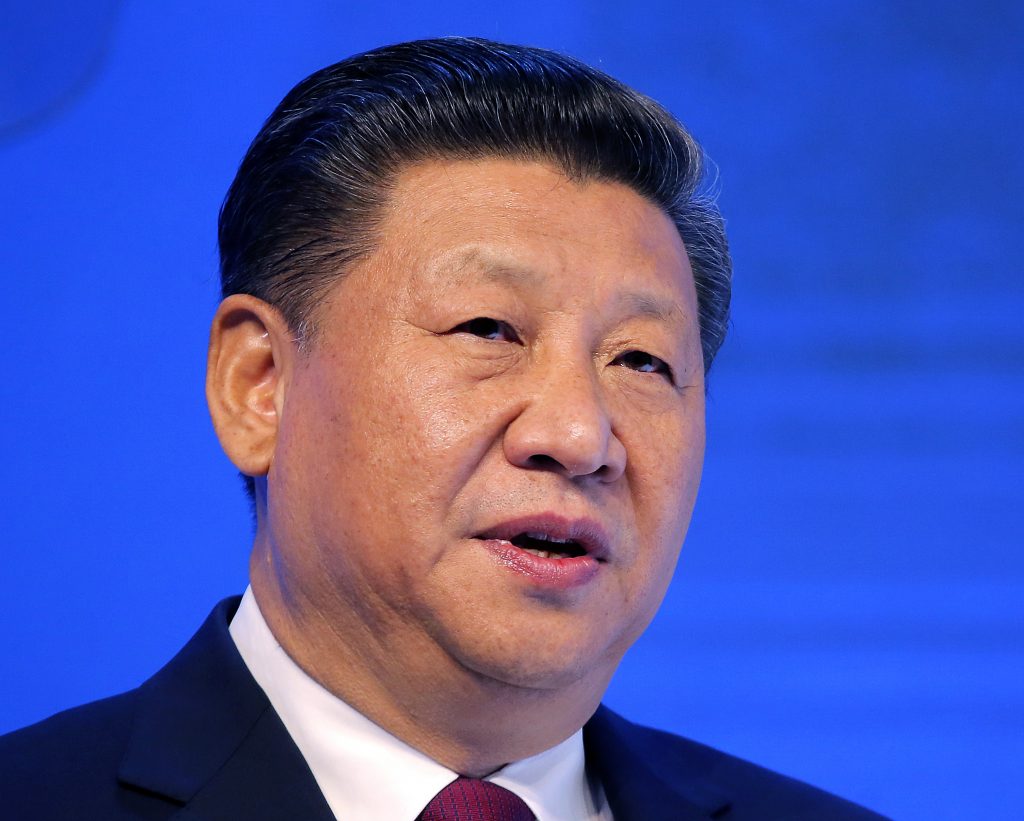 President Donald Trump reaffirmed Washington’s long-standing “one China” policy in a call with Beijing’s leader, a move that could ease anger in China over his earlier suggestions that he might use Taiwan as leverage in negotiations over trade, security and other sensitive issues.

More than two months after deviating from decades of American diplomacy regarding Taiwan by accepting a phone call from the self-governing island’s president, Trump appeared to be trying to reassure Beijing that he would not seek to upend relations between the world’s two largest economies.

“This is an important step,” said Bonnie Glaser, senior adviser on Asia at the Center for Strategic and International Studies in Washington, D.C. “This will now pave the way for the engagement of the U.S. and Chinese governments on a wide range of issues.”

The policy in place since 1979 requires Washington to maintain only unofficial ties with Taiwan, the self-governing island that China claims as its own territory. China views any hint of official U.S. recognition of the island as anathema to China’s revival as a great Asian power.

The two leaders discussed “numerous” topics at length and Trump agreed to honor the “one China” policy, the White House said – though it said Trump did so “at the request of President Xi.” It described the call as “extremely cordial” and said the two leaders had invited each other to visit their respective countries and looked forward to further discussions.

Xi “praised” Trump’s affirmation of relations, CCTV reported, and said China was willing to work with the U.S. to bring “more fruitful gains for the benefit of our two peoples and those in every country.”

Some had wondered why Trump took so long to call Xi, given that he’d already spoken with more than a dozen world leaders. Chinese observers also noted that Trump broke with his predecessors in not extending good wishes on the Chinese New Year last month. His belated greeting on Wednesday was praised by China.

At a briefing with reporters Friday, Chinese Foreign Ministry spokesman Lu Kang declined to respond specifically to repeated questions on whether Trump’s affirmation of the “one China” policy was a condition Beijing set for the call. Lu said Beijing’s “one China” principle was the foundation of the two countries’ relationship.

Commenting on Trump’s call with Xi, Taiwan’s presidential spokesman Alex Huang said the island’s administration regards the U.S. as its most important ally and is grateful for Washington’s expression of support for Taiwan in recent days.

Trump’s move comes at a time of uncertainty in U.S.-China relations. Trump has accused Beijing of cheating in trade, criticized China’s military buildup in the South China Sea and said the country is doing too little to pressure North Korea over its nuclear and missile programs. He has accused China of manipulating its currency to keep its exports inexpensive and threatened a 45-percent tax on Chinese imports, potentially setting off a trade war.

Underscoring the uncertainties, Thursday’s call between the leaders came as the U.S. Pacific Command reported that a Chinese KJ-200 early warning aircraft and a U.S. Navy patrol plane had an “unsafe” encounter over the South China Sea this week, without elaborating.

The Chinese Defense Ministry has not commented, but Beijing routinely complains about U.S. military surveillance missions near China.

Beijing has been particularly concerned about how Washington would treat the question of Taiwan after Trump upset decades of diplomatic precedent by talking by phone with Taiwanese President Tsai Ing-wen shortly after being elected.

In December, Trump said in an interview that he didn’t feel “bound” by existing policy on China and Taiwan unless the U.S. could gain concessions from Beijing in trade and other areas. Since switching diplomatic recognition from the island to Beijing in 1979, Washington has maintained robust unofficial relations with Taiwan and provides it with arms to guard against China’s threat to use force to reunify with it.

Trump may have been convinced by a senior member of his Cabinet that the “one China” policy could not be used as a bargaining chip, said Glaser of the CSIS think tank.

Taiwan should also be relieved that it “will not be used as a bargaining chip” in negotiations between Washington and Beijing, she said.

Trump’s statement marks a victory for China’s public and private efforts to work with Trump and his team, but the White House may have been saying that “we are expecting that you be nice to us as well,” said Dali Yang, professor of political science at the University of Chicago.

China’s leadership has refrained from attacking Trump since he took office and responded warmly to his delayed Chinese New Year greeting. “China’s patience in this regard has paid off,” Yang said.

Yang also pointed to Trump’s meeting before his inauguration with Jack Ma, one of China’s best-known businessmen who founded online shopping giant Alibaba Group, and the visit of Ivanka Trump, the president’s eldest daughter, to a Chinese New Year celebration hosted by the Chinese Embassy in Washington, D.C.

While China will be happy with Trump’s public acknowledgement on the policy, suspicion will remain, he said.

The call shows how Trump has matured in his appreciation of the importance of China-U.S. relations, said Zhao Kejin, a professor of international relations at Beijing’s prestigious Tsinghua University.

“For China, any card can be played except the card of Taiwan. I don’t see Trump’s expression on the issue as unusual since violating the ‘one China’ policy would harm U.S. interests,” Zhao said.

In the end, Trump’s toying with changes to Washington’s China policy cost him both credibility and momentum in resolving outstanding trade issues between the sides, said the former chairman of the American Chamber of Commerce in China.

“Threats concerning fundamental, core interests are counterproductive from the get-go,” said James Zimmerman, a lawyer who has been in China since 1998.

“The end result is that Trump just confirmed to the world that he is a paper tiger, a ‘zhilaohu’ – someone that seems threatening but is wholly ineffectual and unable to stomach a challenge.”