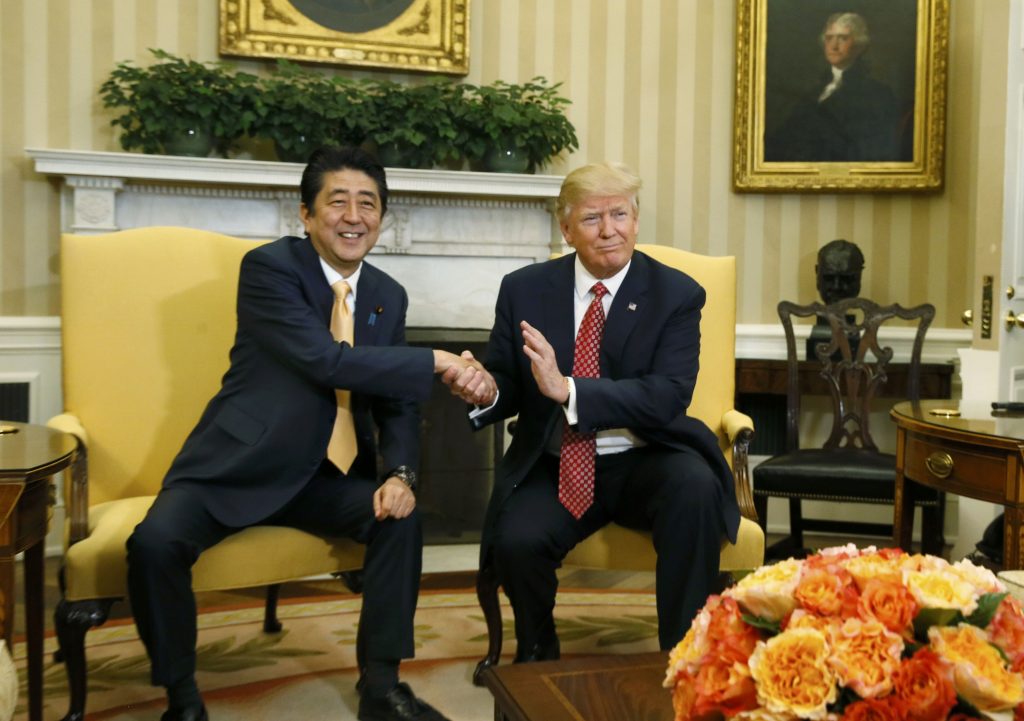 Trump greeted Abe as he arrived in his black sedan at the doors of the West Wing. The two men embraced before entering the building together.

Trump and Abe will hold talks in the Oval Office, followed by a joint news conference and a working lunch in the State Dining Room.

The two leaders will depart on Air Force One on Friday afternoon for a trip to Trump’s Mar-a-Lago Club in Florida. Trump and Abe are scheduled to play golf in south Florida on Saturday.

Earlier Friday morning, Abe spoke at the U.S. Chamber of Commerce, making the case for Japanese business, which he says supports some 840,000 jobs in the United States.

Abe said that “a whopping majority” of the Japanese cars running on American roads are manufactured in the U.S. by American workers.

Abe said it was an honor to be meeting Trump less than a month after his inauguration, showing the “unwavering alliance” between the two countries.