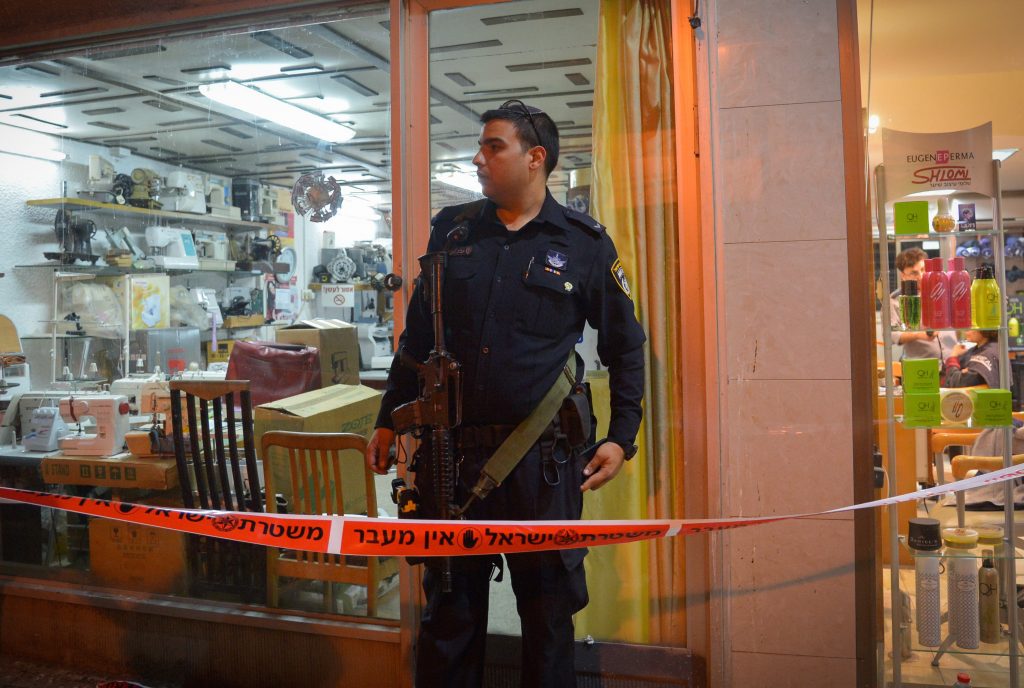 IDF troops overnight Thursday surrounded the house of Sadak Nasser Abu Mazen, the 18-year-old terrorist who went on a shooting spree Thursday evening in Petach Tikvah. Soldiers entered and conducted a search of his family’s home in the village of Beita al-Fuka, near Shechem. Work permits for the family were canceled, and family members were questioned about the terrorist’s activities and connections with terror groups.

Abu Mazen opened fire on a crowd at the Petach Tikvah open-air market late Thursday, injuring three people before running away to a nearby street and stabbing a passerby. Bederch nes, at some point the clip containing bullets fell out of his weapon, preventing him from continuing his shooting attack.

A crowd of Israelis who had been in the marketplace when Abu Mazan opened fire began chasing him, and the terrorist took refuge in a sewing shop, pulling out a screwdriver and attempting to stab people in the shop, striking one person, who was moderately injured. One of the people in the shop picked up a sewing machine and threw it at Abu Mazen, hitting him in the head and knocking him out.

A total of five people were injured in the attack, all with light to moderate injuries. They were treated overnight in Petach Tikvah hospitals, and all but one had been released by Friday morning.

President Reuven Rivlin praised the action of those who chased and neutralized the terrorist. “The quick thinking of Israelis prevented a major terror attack in Petach Tikvah,” he wrote. “The efforts of citizens to protect themselves and their loved ones goes hand in hand with the efforts of security forces to defend Israelis.”

Also overnight Thursday, security officials said they arrested 10 wanted security suspects in other areas in Yehudah and Shomron. The suspects were wanted for participating in rioting and throwing stones and firebombs that endangered Israeli civilians and IDF soldiers. Several of the suspects were also charged with belonging to Hamas. All were being questioned by security forces about their activities.