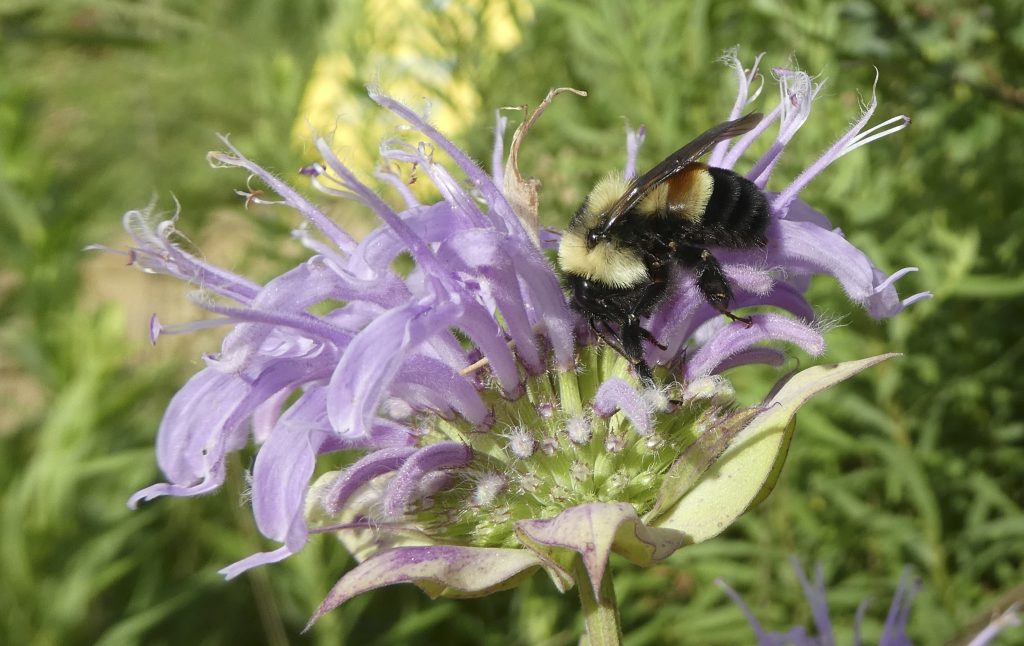 The Trump administration on Thursday delayed what would be the first endangered designation for a bee species in the continental U.S., one day before it was to take effect.

The U.S. Fish and Wildlife Service adopted a rule Jan. 11, extending federal protection to the rusty patched bumblebee, one of many types of bees that play a vital role in pollinating crops and wild plants. It once was common across the East Coast and much of the Midwest but its numbers have plummeted since the late 1990s.

Federal law requires a 30-day waiting period before most new regulations become effective. The addition of the bumblebee to the endangered species list was scheduled for Friday. The listing would require the service to develop a plan for helping the bee recover and provide more habitat.

But in a Federal Register notice, the service announced a postponement until March 21 in keeping with a Trump administration order issued Jan. 20. It imposed a 60-day freeze on regulations that had been published in the register but hadn’t taken effect. The delay, according to the White House, was for the purpose of “reviewing questions of fact, law and policy they raise.”

With President Donald Trump pledging to cut back on federal regulations, environmentalists said they feared the bumblebee protection might be doomed.

“The Trump administration has put the rusty patched bumblebee back on the path to extinction,” said Rebecca Riley, senior attorney for the Natural Resources Defense Council. “This bee is one of the most critically endangered species in the country and we can save it – but not if the White House stands in the way.”

The U.S. Department of Interior, which includes the Fish and Wildlife Service, “is working to review this regulation as expeditiously as possible, and expects to issue further guidance on the effective date of the listing shortly,” spokeswoman Heather Swift told The Associated Press in an email.

She did not say whether a decision had been made about whether the listing would go forward.

No other pending endangered-species listings are affected by Trump’s freeze, Swift said.

The rusty patched bumblebee has disappeared from about 90 percent of its range in the past 20 years. Scientists say disease, pesticide exposure, habitat loss and climate change are among possible causes. It’s among a number of bee species that have suffered steep population declines — along with monarch butterflies, another key pollinator.

The American Farm Bureau Federation opposed listing the bumblebee as endangered, saying it could lead to costly limits on land or chemical use and that private partnerships could more effectively preserve bee habitat.

“We’re excited that the administration is taking a second look,” said Ryan Yates, the group’s director of congressional relations.