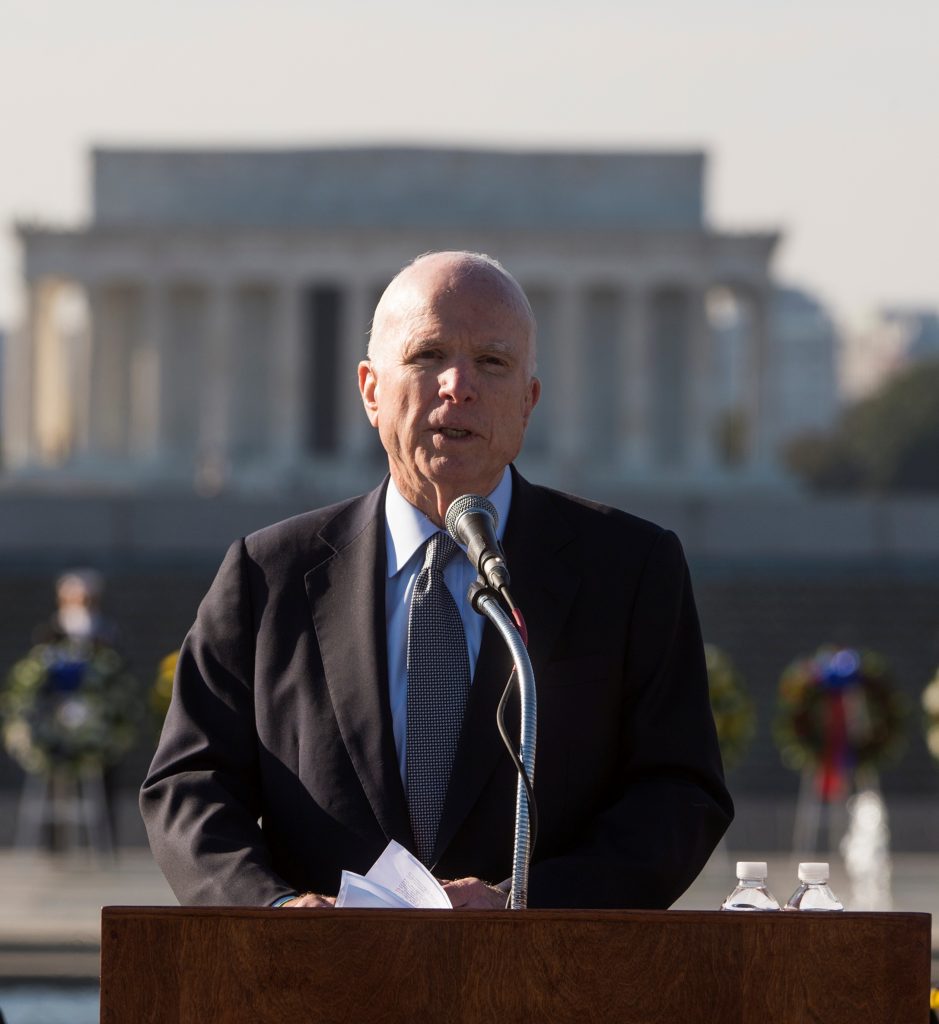 The Arizona Republican, “should not be talking about the success or failure of a mission to the media,” Trump said in an early morning tweet, “Only emboldens the enemy!”

Senator McCain, the 2008 Republican presidential nominee, was ridiculed by Trump during the 2016 presidential campaign for having been captured by the North Vietnamese during the Vietnam War. By most any standard, McCain demonstrated considerable heroism during his time as a POW by declining to leave early when given the option due to his father’s rank of admiral.

“Many years ago when I was imprisoned in North Vietnam there was an attempt to rescue the POWs. Unfortunately, the brave men had been evacuated, but the brave men who took — risked their lives in an effort to rescue us prisoners of war were genuine American heroes,” Senator McCain said Wednesday, according to NBC’s Frank Thorp.

McCain had been asked to respond to criticism from White House spokesman Sean Spicer, who had demanded an apology from McCain and others who spoke ill of the Yemen mission and didn’t call it a success.

McCain had a message for Spicer.

“Because the mission failed did not in any way diminish their courage and willingness to help their fellow Americans who were held captive,” McCain said. “Mr. Spicer should know that story.”

Trump continued his rant saying McCain has been, “losing so long he doesn’t know how to win anymore, just look at the mess our country is in — bogged down in conflict all over the place.”