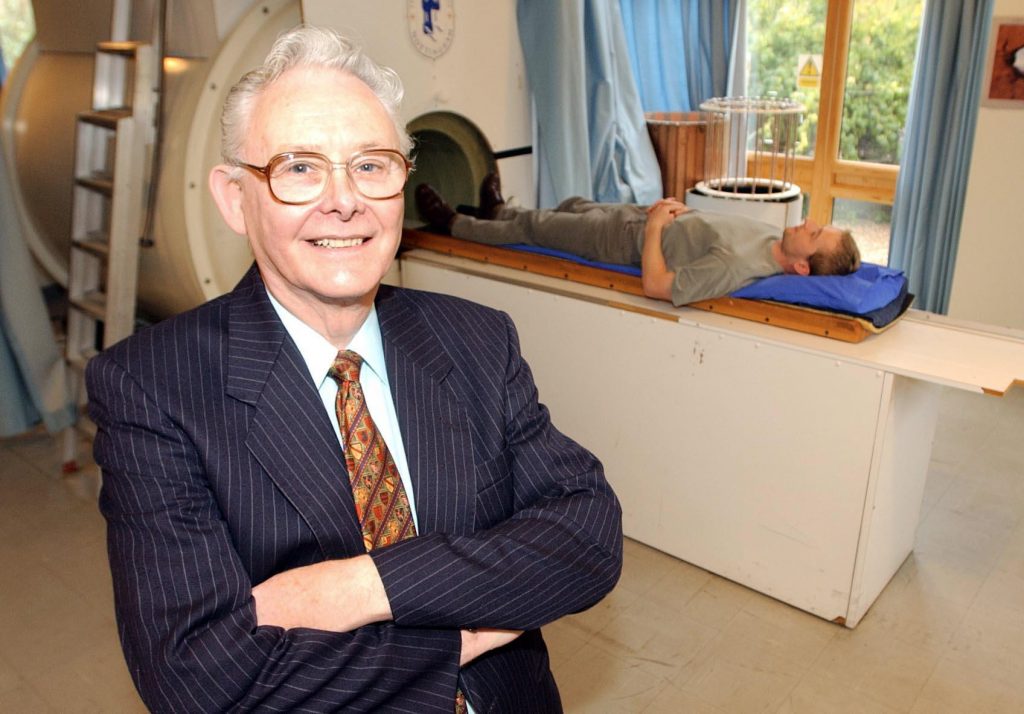 Physicist Peter Mansfield, who won the Nobel Prize for helping to invent MRI scanners, has died at the age of 83.

The University of Nottingham released a statement from Mansfield’s family on Thursday confirming his death a day earlier.

The London-born Mansfield joined the University of Nottingham in central England in 1964 as a lecturer in physics.

He shared the 2003 Nobel Prize in medicine with U.S. chemist Paul Lauterbur for their work developing magnetic resonance imaging, which uses magnetic fields and radio waves to generate 3-D images of the body’s internal organs without potentially harmful X-rays.

In 1978, Mansfield became the first person to step inside a whole-body MRI scanner so it could be tested on a human subject.

Their work revolutionized the detection of disease by revealing internal organs without the need for surgery.

“Few people can look back on a career and conclude that they have changed the world,” David Greenaway, Vice-Chancellor of the University of Nottingham, said. “In pioneering MRI, that is exactly what Sir Peter Mansfield has done, he has changed our world for the better.”

Mansfield was knighted by Queen Elizabeth II in 1993. He is survived by his wife, two daughters and four grandchildren.