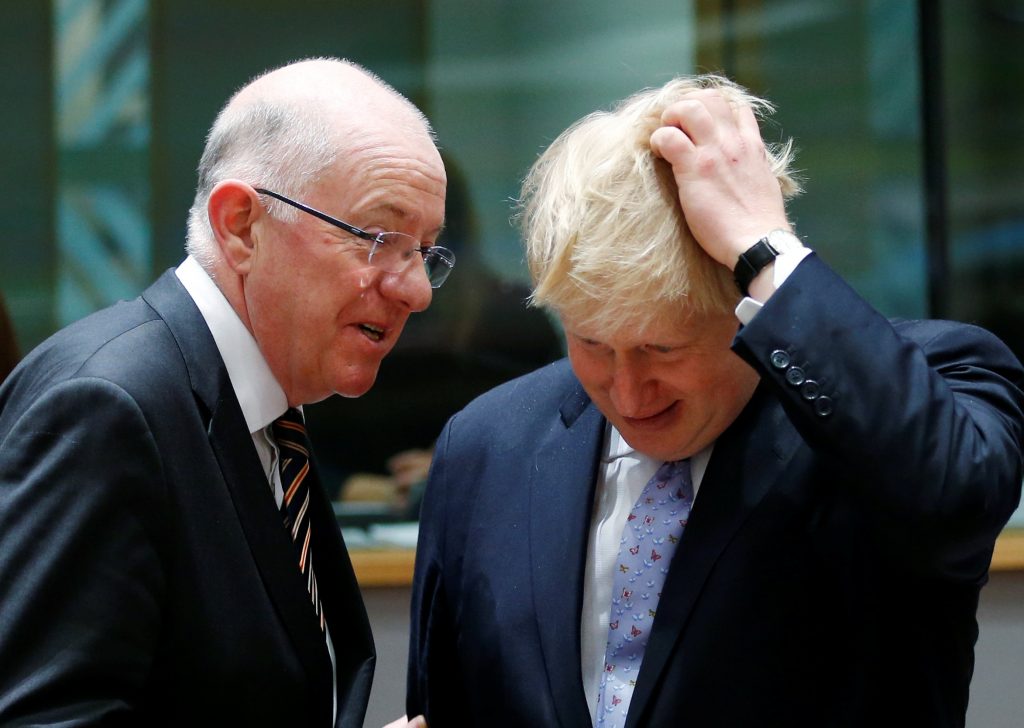 The Israeli ambassador to Ireland has warned Yerushalayim that it must act swiftly if it is to head off Irish recognition of a Palestinian state, according to Haaretz on Thursday.

The Israeli envoy, Zeev Boker, cabled a warning to the Foreign Ministry on Tuesday that following passage of the Regulation Law in the Knesset retroactively legalizing thousands of homes in Yehudah and Shomron, the Irish government is closer than ever to Palestinian recognition.

Boker reportedly advocated a concerted intervention at the highest echelons, calling for a request for Washington to pressure Dublin to hold off, and by having Prime Minister Netanyahu speak directly with his Irish counterpart Enda Kenny about it.

The Irish Foreign Ministry responded on Thursday that Palestinian recognition is actively under consideration, but did not indicate any timetable.

“I am actively keeping under consideration, on a continuous basis, the question of whether recognition by Ireland in the near future of a state of Palestine might be a helpful step in relation to the Middle East peace process,” Foreign Minister Charles Flanagan said.

In fact, the issue has taken on serious proportions since December 2014, when the Irish parliament passed a declarative resolution calling on the government to recognize Palestine. But no action was taken.

In June 2016, Irish MP Darragh O’Brien submitted a resolution calling on Dublin to expedite the recognition of Palestine, and in recent weeks he has been pushing for a vote on it in parliament.

Meanwhile, the issue was the subject of a charged debate in the British House of Commons on Thursday.

At the end of the debate, Minister for the Middle East Tobias Ellwood told the House that the Palestinians had a long way to go before deserving recognition.

“Recognition of Palestine — we need the Palestinians to do more, to prevent the incitement of violence. President Abbas condemned certain aspects of it, but we’re still seeing schools and squares named after terrorists. This is not the confidence building measures that we need to see,” Ellwood told the House of Commons.

“These are the steps that will allow us to move forward, so there can be a recognition in the long term of the state of Palestine. But they are not there yet,” Ellwood said.

In Canada, Foreign Minister Chrystia Freeland said on Wednesday that her country is concerned about passage of the Regulation Law in Israel, Reuters reported.

“Canada is very concerned … and we want to underline that this expansion of settlements is illegal under international law,” Freeland told reporters on a conference call.

Ottawa has long backed a two-state solution to the Israeli-Palestinian conflict, and the current prime minister, Justin Trudeau, has been more inclined to criticize Israel than his predecessor Stephen Harper.