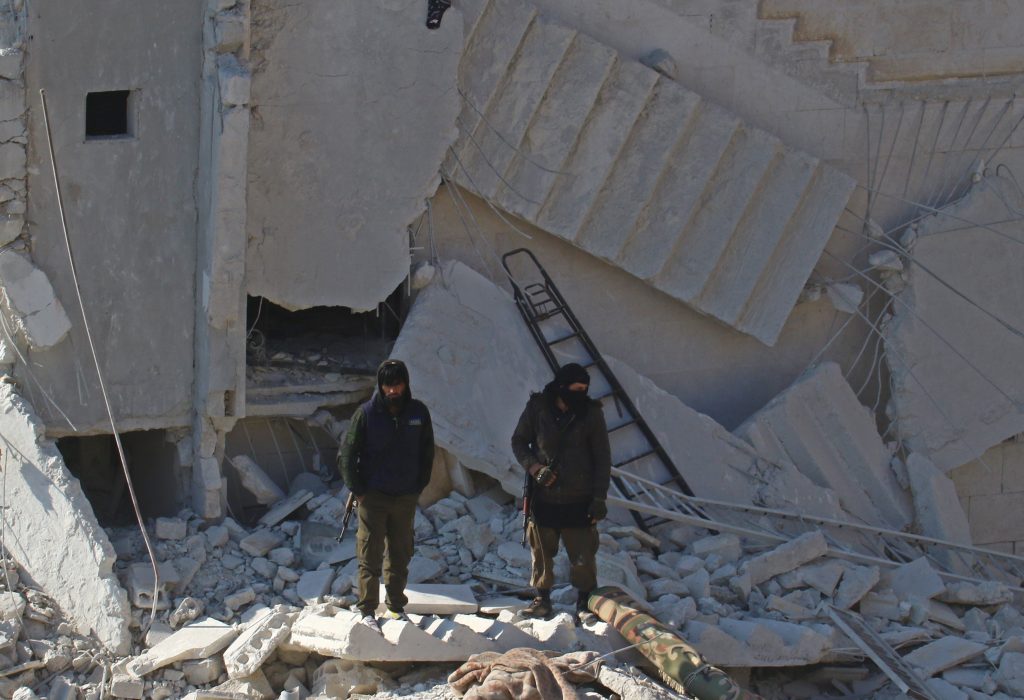 It said in a statement that 58 Islamic State terrorists were killed in airstrikes, artillery fire and clashes. Two Turkish soldiers had been killed and 15 slightly wounded.

Turkish Foreign Minister Mevlut Cavusoglu said the operations had made important progress and the next target would be the Syrian city of Raqqa, the de facto capital of Islamic State.

“The al-Bab operation must be completed immediately in the period ahead … In recent days our special forces and the Free Syrian Army [rebels] have made serious progress,” Cavusoglu told a news conference in the capital Ankara.

The battle for al-Bab has raised the prospect of confrontation between the Turkish military and the Syrian army, which has pushed to within a few kilometers of the city’s southern outskirts.

A Syrian rebel official and a monitoring organization said the advancing rebels and Turkish forces had captured the western outskirts of al-Bab, some 20 miles south of the Turkish border.

“With last night’s assault, Islamic State’s defenses have been broken through and the advance is now continuing,” said the official, speaking from the Turkish city of Gaziantep. Turkish military reinforcements had been sent to the area about a week ago, the rebel added.

Al-Bab has been a major target of a Turkish offensive launched in northern Syria last August to drive Islamic State away from the border and prevent further gains by U.S.-backed Kurdish militia that are also fighting the jihadist group.

The Syrian Observatory for Human Rights, a U.K.-based organization that reports on the war, said the Turkish forces and their Free Syrian Army rebel allies had captured a hill on the western periphery of the city.

“We don’t know if Daesh [Islamic State] will be able to recover it, or if it is in a state of collapse,” Observatory Director Rami Abdulrahman said.

The Observatory said at least six people had been killed and 12 more wounded in the latest shelling of al-Bab.

The organization says Turkish bombardment has killed scores of people since December. Turkey says it has been careful to avoid civilian casualties.

Turkish presidency sources said on Wednesday President Tayyip Erdogan and President Donald Trump agreed in a phone call overnight to act jointly against Islamic State in al-Bab and Raqqa, another Syrian city held by IS.

The White House said in a statement that President Trump spoke about the two countries’ “shared commitment to combating terrorism in all its forms” and welcomed Turkey’s contributions to the fight against Islamic State, but gave no further details.