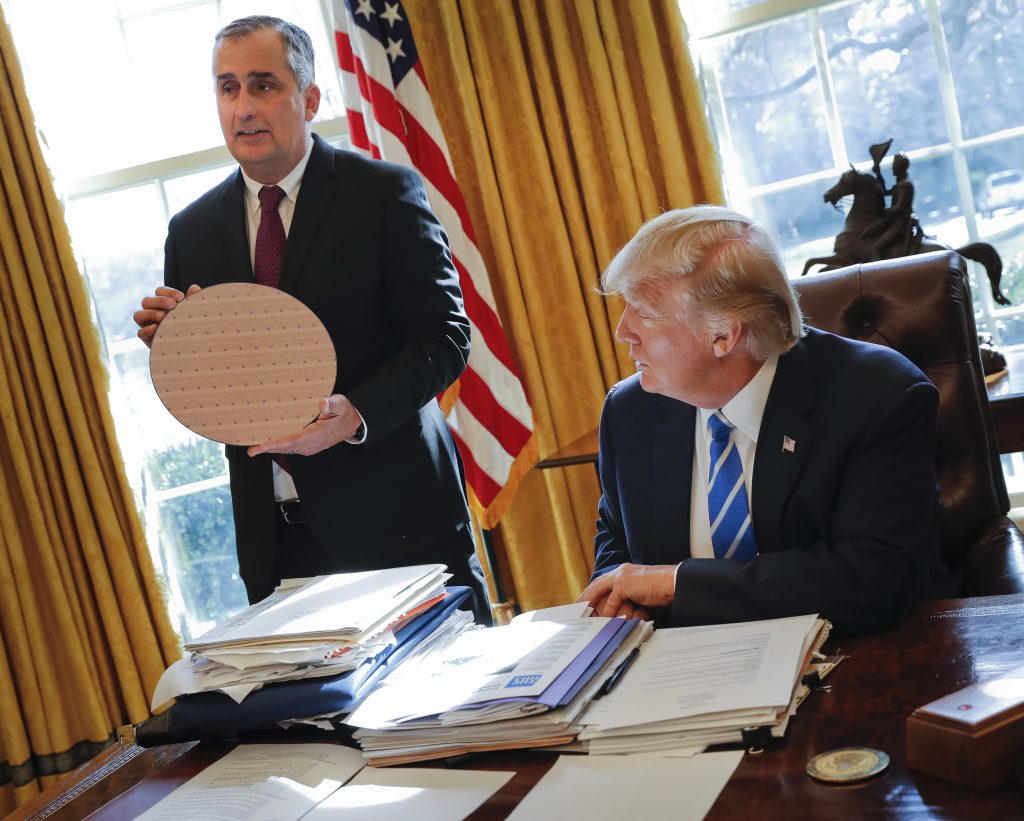 President Donald Trump on Wednesday held up Intel’s plan to invest more than $7 billion in an Arizona factory as a win for his economic agenda, but it’s also a reminder that not all corporate commitments come to fruition.

President Trump was the second president to celebrate the computer chip maker’s attempts to expand its domestic production at the same facility in Chandler, Arizona.

In 2012, Obama went to the factory’s construction site and celebrated that the plant would produce “some of the fastest and most powerful computer chips on Earth.”

“Let’s stop rewarding businesses that ship jobs overseas,” Obama said at the time. “Let’s reward companies like Intel that are investing and creating jobs right here in the United States of America.”

But by 2014, however, Intel had pulled back from finishing the factory. The company said Wednesday that it expects to open the plant known as “Fab 42” within four years.

“We delayed completion to ensure Fab 42 came online when we expected sufficient demand,” said William Moss, an Intel spokesman. “We’re making this investment now in anticipation of the growth of our business.”

Like Obama, Trump declared it a win for workers.

“We’re very happy and I can tell you the people of Arizona are very happy,” President Trump said.

Intel CEO Brian Krzanich said in an Oval Office visit with Pres. Trump that the factory will employ about 3,000 workers directly —and 10,000 workers in Arizona in support of the factory.

Krzanich said he made the announcement from the White House because “it’s really in support of the tax and regulatory policies that we see the administration pushing forward.”

But Intel has not been a universal fan of Pres. Trump’s policies. It was among the tech companies that filed a legal brief that challenged the president’s 90-day ban on travel to the United States from seven Muslim-majority countries.

The announcement comes as Intel has shed jobs.

It announced last year that it planned to lay off 12,000 workers in a reorganization prompted by a decline in sales of personal computers. That was about 11 percent of the company’s workers.