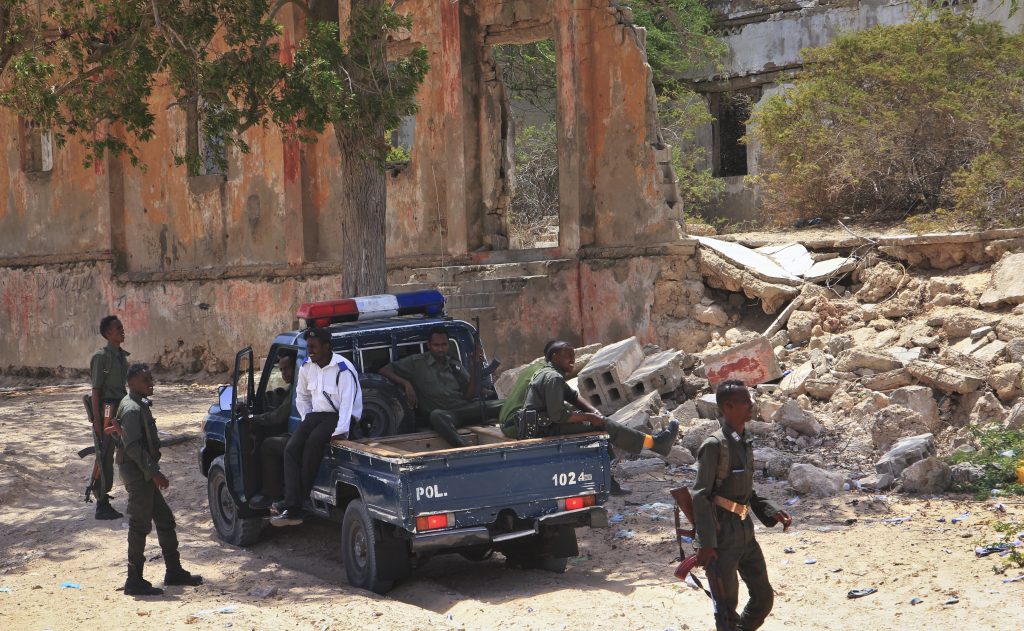 Somalia is holding a groundbreaking presidential election Wednesday amid a security lockdown that has closed the capital’s international airport and cleared major streets.

Fears of attacks by Islamic terror group al-Shabab have limited the election to the country’s legislators, who will vote at a heavily guarded former air force base in the capital, Mogadishu. Rounds of voting are expected to narrow down the 22 candidates to a winner.

This Horn of Africa nation is trying to put together its first fully functioning central government in a quarter-century. Years of warlord-led conflict and al-Shabab attacks, along with famine, have left this country of about 12 million people largely shattered.

Somalia’s instability landed it among the seven Muslim-majority countries affected by President Donald Trump’s executive order on immigration, even though its government has been an increasingly important partner for the U.S. military on counterterrorism efforts.

In a sign of the dangers that remain in the capital, Mogadishu, two mortar rounds fired by suspected terrorists late Tuesday hit near the election venue.

While the international community has pushed Somalia to hold this election as a symbol of strength, including the U.S. pouring in hundreds of millions of dollars in recent years for political and economic recovery, the vote has been marred by reports of widespread corruption.

The legislators voting Wednesday — 275 members of the lower legislative house and 54 senators — were selected by the country’s powerful, intricate network of clans. Weeks ago, a joint statement by the United Nations, the U.S., European Union and others warned of “egregious cases of abuse of the electoral process.”

Examples included violence, intimidation and men taking seats that had been reserved for female candidates, the joint statement said.

With reports of votes being sold for up to $30,000 apiece, “this is probably the most expensive election, per vote, in history,” the Mogadishu-based anti-corruption group Marqaati said in a report released Tuesday.

Among the candidates, many of whom also hold foreign passports, incumbent President Hassan Sheikh Mohamud is seeking re-election and may have an edge to win a second five-year term.

But rival candidate and Prime Minister Omar Abdirashid Sharmarke has accused regional countries of interfering in the electoral process by pushing for certain candidates. “Those neighboring countries should respect our sovereignty and stop meddling in our affairs,” he said, without naming the states. Various Muslim-majority countries seek a friendly Somali government, including Turkey, which has invested heavily in the country. The United Arab Emirates and Qatar are backing different candidates.