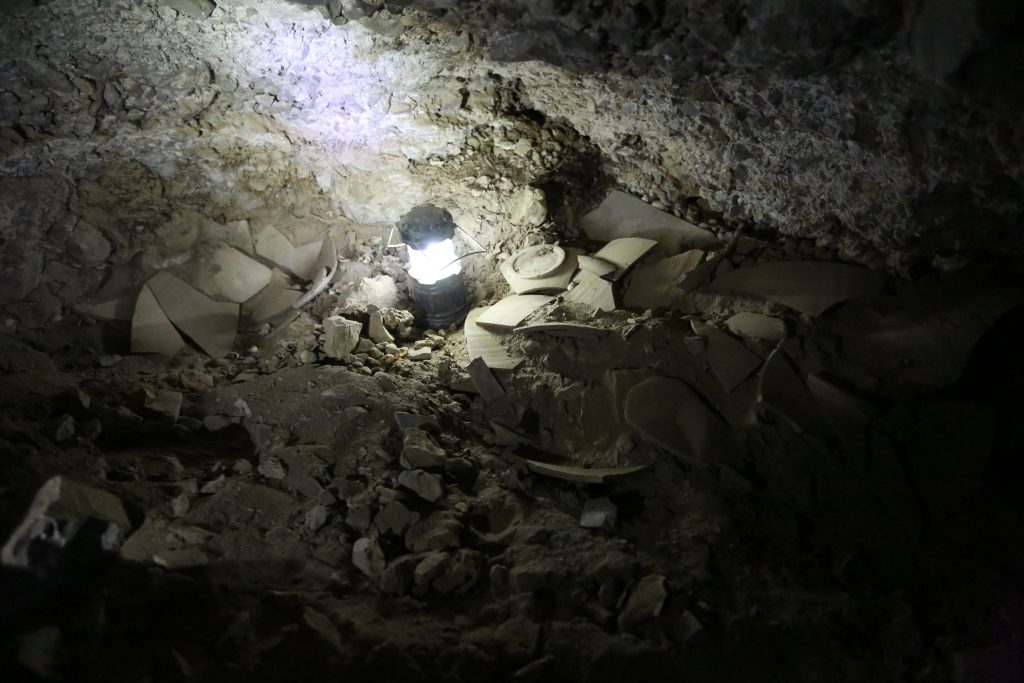 Israeli archeologists announced on Wednesday the discovery of a cave which they believe once contained scrolls from the period of the famous Dead Sea Scrolls, which are dated to the time of Bayis Sheini.

No actual scrolls were found this time. But excavations in a cave on the cliffs west of Qumran, near the northwestern shore of the Dead Sea, indicate that scrolls from the period were hidden in the cave, and were looted by Bedouins in the middle of the last century. With the discovery of this cave, scholars now suggest that it should be numbered as Cave 12.

The discovery was made by Dr. Oren Gutfeld and Ahiad Ovadia from the Hebrew University , with the help of Dr. Randall Price and students from Liberty University in Virginia, U.S.A.

The excavators are the first in over 60 years to discover a new scroll cave and to properly excavate it.

The excavation is a part of the new “Operation Scroll” launched at the Israel Antiquities Authority (IAA) by its Director-General, Mr. Israel Hasson, to undertake systematic surveys and to excavate the caves in the Judean Desert.

Numerous storage jars and lids from the Bayis Sheini period were found hidden in niches along the walls of the cave and deep inside a long tunnel at its rear. The jars were all broken and their contents removed, and the discovery towards the end of the excavation of a pair of iron pickaxe heads from the 1950’s (stored within the tunnel for later use) proves the cave was looted.