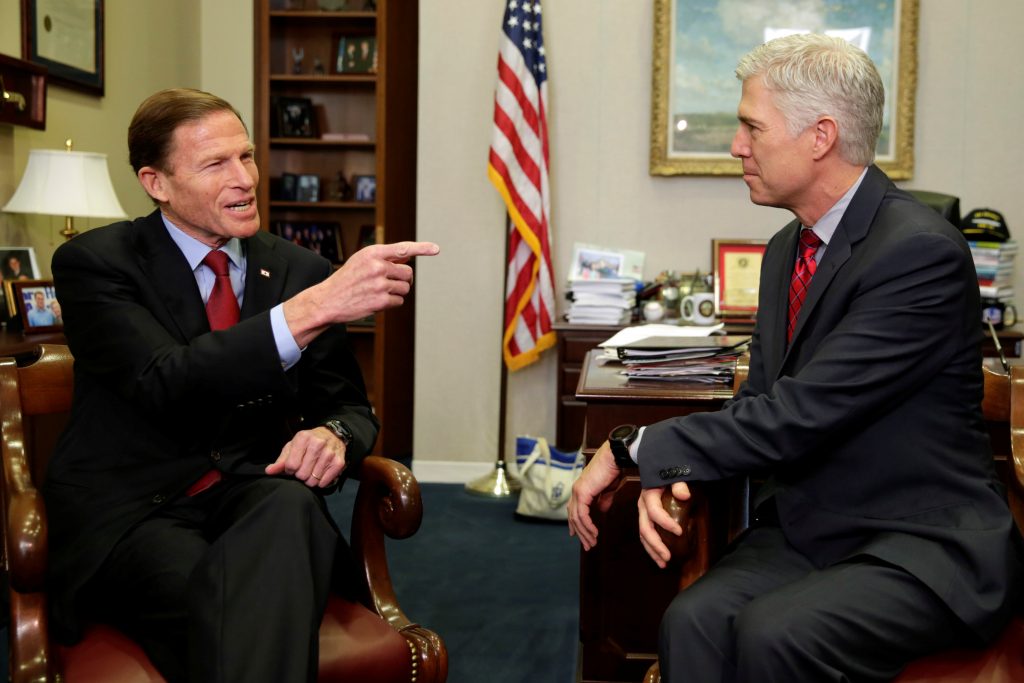 President Donald Trump’s Supreme Court nominee has told a Democratic senator that he found the president’s attacks on the judiciary “disheartening” and “demoralizing.”

Sen. Richard Blumenthal of Connecticut disclosed the comments from Judge Neil Gorsuch after meeting with the nominee Wednesday.

Trump referred to a Seattle judge who put a stay on his immigrant travel ban as a “so-called judge.” Gorsuch’s confirmation team confirmed that Gorsuch was referring to that comment and described it as disheartening.

Gorsuch was making the rounds in the Senate, drawing praise from Republicans but skepticism from many Democrats, including Sen. Blumenthal.