National Schumer Says He Has ‘Serious Concerns’ About Gorsuch
National 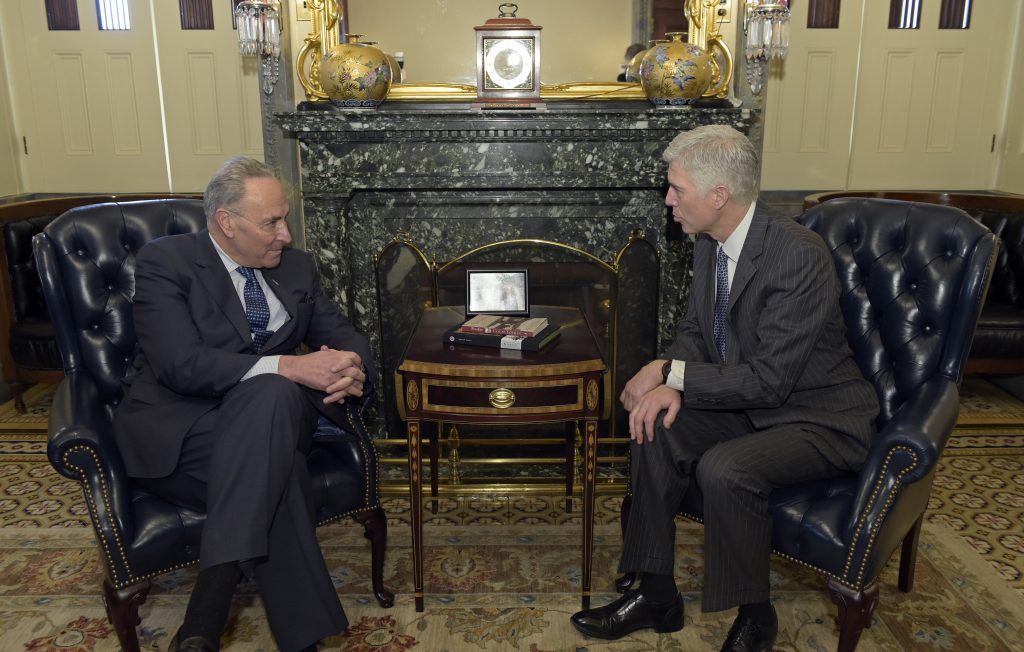 Mr. Schumer, who met with Judge Neil Gorsuch Tuesday, stopped short of saying he would oppose the nomination.

The New York Democrat said after the meeting that he asked Judge Gorsuch about “whether a Muslim ban could in concept be constitutional,” alluding to Mr. Trump’s executive order banning entries to the U.S. from seven majority-Muslim countries; about Mr. Trump’s unsubstantiated comments that there may have been millions of illegal votes in the 2016 election; and about the reach of executive power.

Pointing to Mr. Trump’s criticism of a federal judge who halted the executive order over the weekend, Sen. Schumer said the bar for a Supreme Court nominee “to prove they can be independent has never, never been higher.”

Mr. Schumer is under pressure from many in his party to oppose the nomination. But other Democrats may support it. California Sen. Dianne Feinstein, the top Democrat on the Senate Judiciary Committee, said Tuesday that she was impressed with Judge Gorsuch after her own meeting with him Monday.

She has not yet said whether she will support him, though. She stressed that it’s a lifetime appointment and Judge Gorsuch is only 49.

Because of expected Democratic procedural maneuvers, Republicans will likely need the support of 60 out of the Senate’s 100 members to move to a confirmation vote on Judge Gorsuch. Republicans have a 52-48 majority, so at least eight Democrats will have to vote with Republicans.

Republicans and conservative groups are pressuring Democrats up for re-election next year in states that Trump won to vote for the nomination. Mr. Schumer has tried to rebut those efforts by indicating the decision is at least in part a referendum on Trump’s presidency.

While Mr. Schumer said Judge Gorsuch is “clearly a very smart, bright and capable man who loves being a judge,” he said the Senate “must give this nominee the scrutiny that this unusual moment demands.”