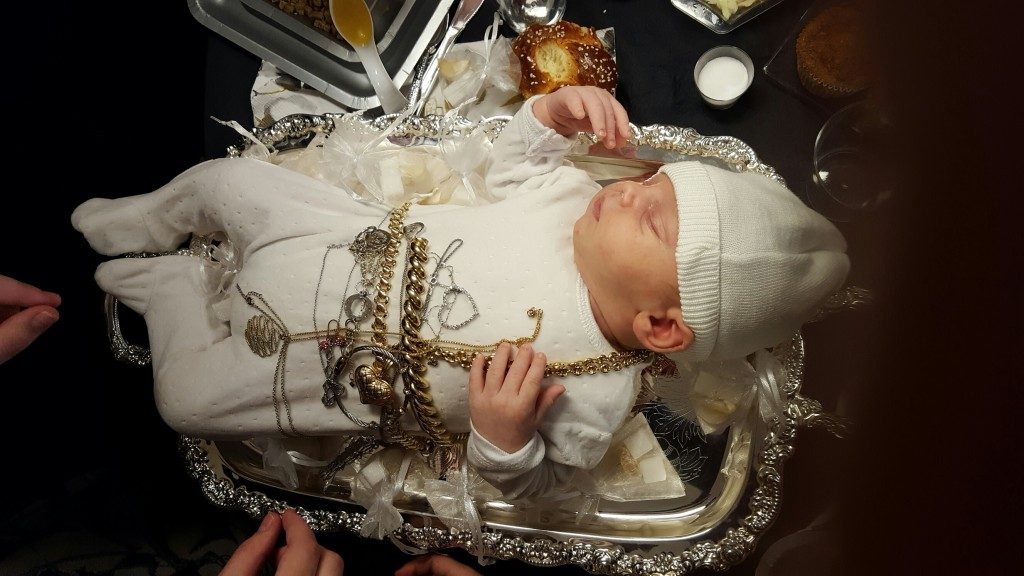 Baruch Hashem, I recently traveled to America to be the Kohen at the pidyon haben of my great-grandson Moshe Eliyahu Lowenthal. At special times like that, in addition to the outpouring of appreciation to Hakadosh Baruch Hu, one also uses the opportunity to consider one’s role.

When we were the parents, my wife and I had the job of staying up nights (actually it was mostly my wife) and taking care of all the physical needs of the new baby. We understood our roles. By now, I even have a pretty good idea of what a zeide and bubby should be doing. But what’s the job of a great-grandfather?

At first, I thought of Harav Yaakov Kamenetsky, zt”l, standing in the corridors of the Agudah convention. He was regaling a circle of admirers with stories past. With a twinkle in his eyes he would remark, “An old man likes telling stories.”

The message, I think, was that the generation closer to Mattan Torah had a unique duty. As carriers of the heritage of the Jewish nation, a great-grandfather has the responsibility of sharing with the later generations. He must share the rich mesorah that we enjoy.

Telling stories is a vehicle of transmission. Those who saw the previous generations can transmit the timeless lessons they learned from their grandparents to later generations. It is the secret of Jewish continuity.

As a member of the oldest generation in my family, a thought entered my mind. It was a fleeting thought — the words to a song. I thought of the words of the Moshe Yess song, “Who will be the Zaidy of my children?”

My thoughts went to something that I had heard from Rabbi Chaim Septimus. He shared with me a Sifri (Haazinu 45) which shed additional light on the role of a great-grandfather.

The Midrash continues to relate a story about when Reb Yehudah Hanasi came to the city of Ludkia. He called upon his two sons, Rabbi Yosi ben Yehudah and Rabbi Elazar ben Yehudah, and urged them to come close to him. He told them how important they were to him. He then said, “Moshe Rabbeinu was great, but if no one followed him then his Torah would have no worth. Certainly for my Torah to have any worth, I need someone to follow after me.”

What did Reb Yehudah Hanasi mean when he said that Moshe’s Torah would not be shaveh — would have no worth? Rabbi Septimus understood it as meaning that Torah can only be eternal if there is continuity. Otherwise, it loses its status of nitzchiyus. Moshe was expressing appreciation. He thanked them for allowing his Torah to be eternal.

Perhaps it also means that if the Torah is not continued, the zechuyos will stop at that point. If people continue to learn Moshe’s Torah — his zechuyos continue to grow. If, on the other hand, nobody learns his Torah — its value is greatly diminished. It loses any residual value and therefore is eino shaveh — it loses future worth.

Regardless of which pshat we learn, the Midrash is teaching us an important message. It is the responsibility of the grandfather — and certainly the great-grandfather — to express appreciation to those who follow him. He must thank them for making everything that he did in his life meaningful and worthwhile.

May we all merit being successful in our roles.