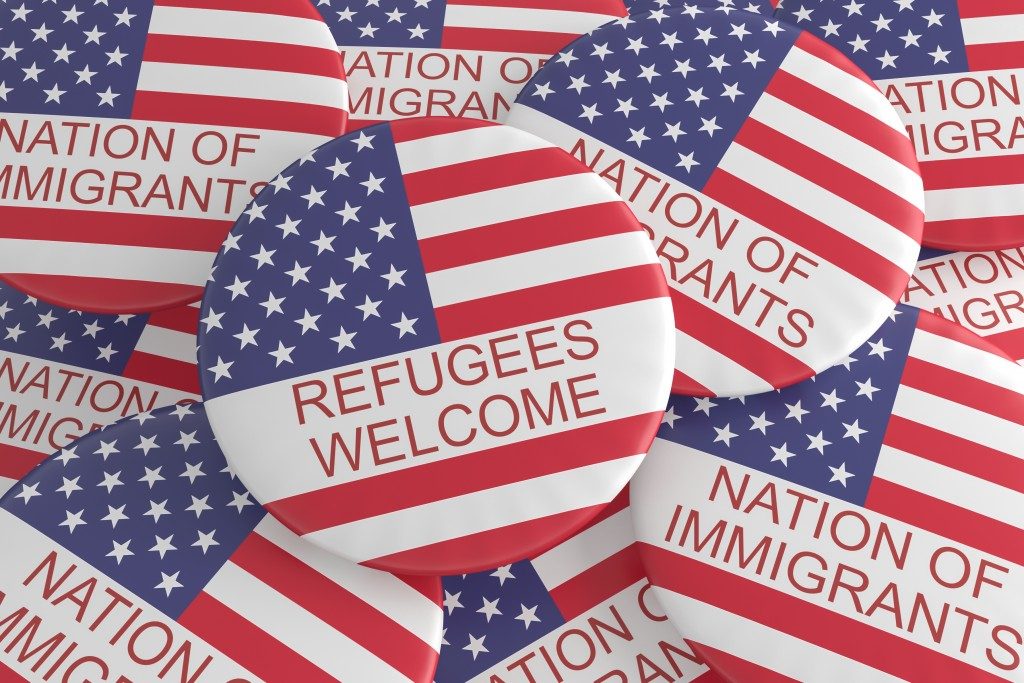 Too often, when approaching an issue and unsure what, exactly, people think about it, one tends to approach it from the wrong direction. Instead of keeping an open mind and carefully considering the issue, the knee-jerk reaction is to wonder, “What am I supposed to think?”

While there are times, such as in issues of hashkafah, when this is the proper approach, it most certainly is not the way one should react to issues that are political in nature. Democrat, Republican, progressive, conservative — these are all words that ought to be meaningless when the question is one of policy.

The only factor that ought to matter is whether the policy is just or not.

But in a political climate in which both sides have retreated to the deepest recesses of their respective corners, and every political question seems to be binary, this is exceedingly hard to do. We end up accepting the bad in our rejection of the awful, and as we do this enough we begin to identify with political movements in unhealthy ways.

A case in point is the now infamous executive order, signed by the president two Fridays ago, which restricted immigration from seven predominantly Muslim countries. If you are on the political right you are expected to be for the “ban,” while those on the left are supposed to reject it outright.

That is the approach most Americans seem to have taken toward the executive order. It’s no coincidence that a Reuters/Ipsos poll taken over the last two days of January found Americans’ attitude the policy breaks sharply along partisan lines, with 82 percent of Republicans agreeing with it, and 70 percent of Democrats opposing it. But again, that’s the absolute wrong approach.

We need to consider whether it is right or whether it is wrong. And not just from the angle “our side” likes to look at it from; we need to consider the policy in its totality. It’s easy to ignore the drawbacks of the policy while concentrating on the fact that it will keep potential terrorists out of this country, much as it is easy to ignore the positive effects it will have while only concentrating on the innocent victims.

A thinking person ought to be able to consider all of these together. Which is what I will endeavor to do.

There are a few issues to consider. First, and foremost, we need to consider whether the policy will make us safer as a nation. To that, there is no question that it does. If even one terrorist posing as a refugee is denied entry as of a result of this policy, it is already a success.

But we then need to consider the cost. I reject out of hand the notion that just about anything is justified in the name of security. It was Benjamin Franklin who said that a people “who would give up essential liberty to purchase a little temporary safety deserve neither liberty nor safety.” While Franklin was referring to something different from the threat of radical jihadists, the point stands, and not just with regard to liberty. It applies to whether a policy is virtuous or not as well.

Is it worth the cost if we allow innocent people to be slaughtered by these same terrorists in these same lands because we won’t let them escape to our shores? Is it now okay to turn away innocent Jews and Christians who are trying to get away from the very monsters we are trying to keep out, and force them to return to their persecution and execution?

Is it worth the cost if we turn our backs on people who assisted our military in foreign conflicts, as was the case on that gut-wrenching first day of the policy’s implementation, when an Iraqi translator had to sue his way to freedom? Is it worth the cost to these heroes, or to American troops, who will now have a harder time finding people to assist them in that region of the world?

It isn’t. We can’t arbitrarily place the value of an American life above all others, and ignore the pleas of innocents as we turn them away and send them to their deaths. America did that once before, and we rightly proclaim, never again.

We can’t turn away people who risked their lives for us and send them to get killed by those they helped protect us from. That is simply wrong.

But what we can do is deny entry to all who wish to enter from those countries besides those who need to come here as refugees or after helping us.

Simple enough, isn’t it? Of course, it isn’t. While Defense Secretary Mattis already announced that those who assisted the military will be exempt from the order, the mechanism with which to separate the asylum seeker from the terrorist is, admittedly, hard to come up with. But just because it does not exist doesn’t mean our approach should be to throw in the towel. To paraphrase Bobby Kennedy, we should dream of things that never were, and ask, “why not?”

The temporary nature of the executive order means that the 90 days during which it is meant to be in effect can be used to work out a more permanent, workable solution. Those who have come over and are requesting asylum don’t have to be released into the population, but they shouldn’t be sent back either. We should detain them until we have a better, more permanent answer to this problem.

If this is the approach the Trump administration takes, they are worthy of our support.