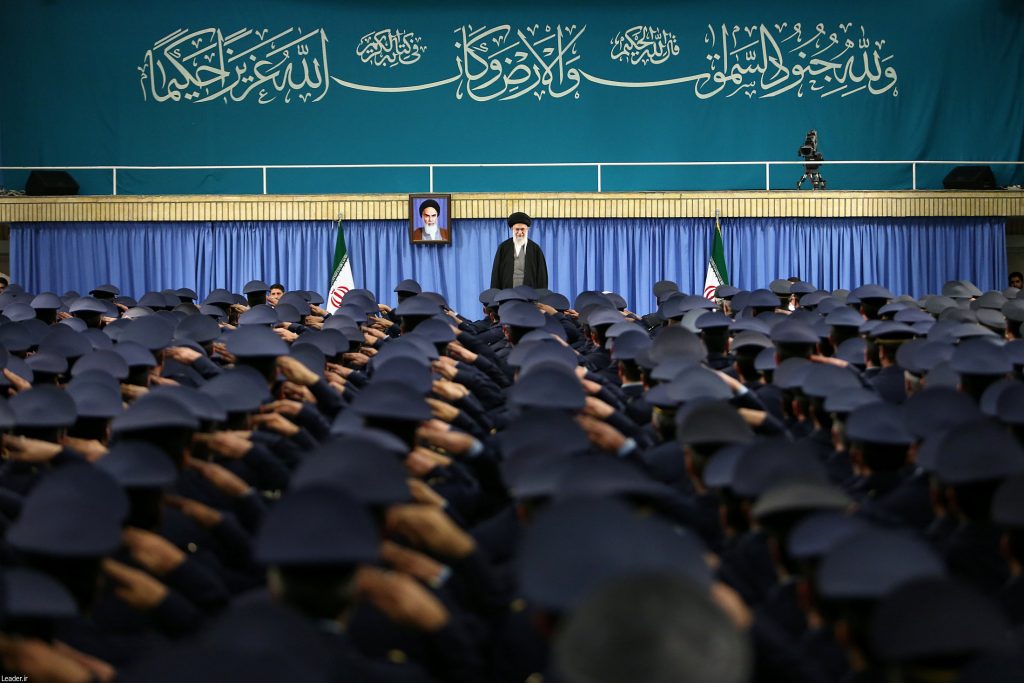 Ayatollah Ali Khamenei on Tuesday dismissed the U.S. decision to put Iran “on notice” over its missile tests and called President Donald Trump the “real face” of American corruption.

In his first speech since Mr. Trump’s inauguration, Iran’s supreme leader called Iranians to take part in demonstrations on Friday, the anniversary of Iran’s 1979 Islamic revolution, to show they were not frightened of American “threats.”

“We are thankful to (Trump) for making our life easy as he showed the real face of America,” Mr. Khamenei told a meeting of military commanders in Tehran, according to his website.

Mr. Trump responded to a Jan. 29 Iranian missile test by saying “Iran is playing with fire”, and imposed fresh sanctions on individuals and entities, some of them linked to Iran’s elite Revolutionary Guards.

The White House said the missile test was not a direct breach of Iran’s 2015 nuclear pact with six world powers, but that it “violates the spirit of that.”

When asked about Khamenei’s comments on Tuesday, White House spokesman Sean Spicer said Iran must recognize that the United States is under new leadership.

“This president is not going to sit by and let Iran flout its violations or apparent violations to the joint agreement,” Mr. Spicer said at a briefing. “I think Iran is kidding itself if they don’t realize there’s a new president in town.”

Iranian Foreign Minister Mohammad Javad Zarif said Tehran would not renegotiate the nuclear deal that Mr. Trump consistently criticized as being a gift to the Islamic Republic.

“I believe Trump will push for renegotiation. But Iran and European countries will not accept that,” Mr. Zarif told Tuesday’s edition of Ettelaat daily. “We will have difficult days ahead.”

On the campaign trail, Mr. Trump repeatedly promised to tear up the nuclear deal. While Secretary of State Rex Tillerson has not called for that, he has suggested a “full review” of it.

Mr. Khamenei, Iran’s top authority, said Pres.Trump had confirmed “what we have been saying for more than 30 years about the political, economic, moral and social corruption in the U.S. ruling system.”

Iran analysts said his comments were relatively restrained as they included no threat to respond militarily.

“(Trump) says ‘you should be afraid of me’. No! The Iranian people will respond to his words on Feb. 10 and will show their stance against such threats,” Mr. Khamenei said.

President Hassan Rouhani backed Mr. Khamenei’s call for Iranians to rally across the country on Friday to “show their unbreakable ties with the Supreme Leader and the Islamic Republic.”

A U.N. Security Council resolution underpinning the nuclear deal urges Iran to refrain from testing missiles designed to be able to carry nuclear warheads, but imposes no obligation.

Iran agreed to curb its nuclear program in exchange for relief from some U.S., European and U.N. economic sanctions. Critics of Iran said the deal emboldened it to increase its involvement in wars in Arab countries, something Tehran denies.