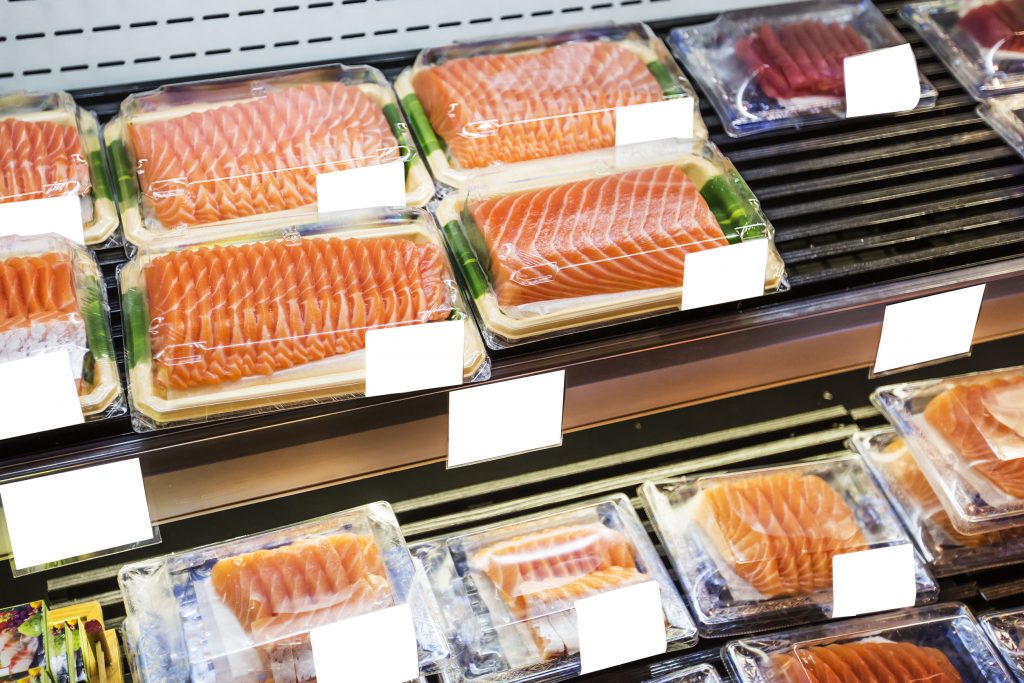 Salmon, a steady part of the Jewish diet in multiple forms, has been growing gradually more expensive over the past several months due to a combination of factors affecting their habitat. The spike has begun to trickle down to consumers as prices reach historically high levels.

One Boro Park resident requested salmon for an entrée at a sheva brachos that his family was hosting, but was warned by the caterer that it would cost him a pretty penny.

“He told me that the price has doubled and I would be better off taking tilapia. I told him that I happen to be allergic to tilapia, but the price for salmon was just too high and, in the end, we took his advice,” he said.

Others have yet to take notice.

“I don’t look at prices when I buy things for Shabbos, but haven’t noticed anything yet,” said another Boro Parker. “I’ve told my wife before that if she can’t get salmon, to just buy whitefish instead. If the price gets too crazy, I guess that’s what we’ll do, but it hasn’t been an issue so far.”

The salmon crisis begins far away from the corner fish store. Since late fall, an infestation of sea lice has been depleting the salmon populations in the North Sea off the coasts of Scotland and Norway, the leading area supplying the popular fish. The parasite is a particular danger to farm-raised salmon, an increasingly large share of the world’s supply.

The lice outbreak compounded the effects of a bloom of toxic algae in waters off Chile, which scientists have attributed to warmer than normal ocean temperatures. The algae has affected dozens of farms and killed millions of salmon. Chile is the world’s second-largest salmon supplier.

When supply falls, demand rises, driving up prices. Between the two phenomena, the parasites and the algae, the world salmon supply has dropped by over eight percent, causing a price surge. The NASDAQ, on which the commodity is traded, showed a 15 percent increase in prices over the past three months.

While the squeeze hit wholesalers a while ago, some retailers have chosen to absorb the bulk of the loss, hoping that price hikes will subside soon and that customers can be kept happy in the meantime.

“We’re paying two or three dollars more for the last month, but we only started charging one dollar more,” said an employee of Pier 18, a fish store on 18th Avenue in Boro Park. “I think it will eventually go back down, but the truth is once prices go up, they never go back to where they were originally.”

The fishmonger added that baby salmon, a product that is typically more expensive than other types of the fish, have been unaffected by the spike.

A clerk at Parkville Grocery in Kensington said that since January, the price charged by their salmon supplier has gone up by 10 percent, but that sales had been unaffected, despite their having raised prices to cover costs.

Mr. Menachem Lubinsky, whose publication Kosher Today tracks trends in the food market in the Orthodox community, said that even though salmon prices have increased by 50 percent in some instances, it would take time to reach consumers. Among supermarkets he had contacted, some had just recently begun to pass costs along to customers, and others were still absorbing the increase.

“The effect of commodity prices is usually not instantaneous; it takes weeks for an increase to take hold. What goes on in Nova Scotia takes a while before you feel it at Pomegranate,” he said, referring to the large Flatbush supermarket. “So far, no one is buying less salmon … Wholesalers are squeezing the stores, the average consumer is not feeling it yet, but that doesn’t mean that it won’t happen in the future. If it really goes up, people could look for alternatives.”