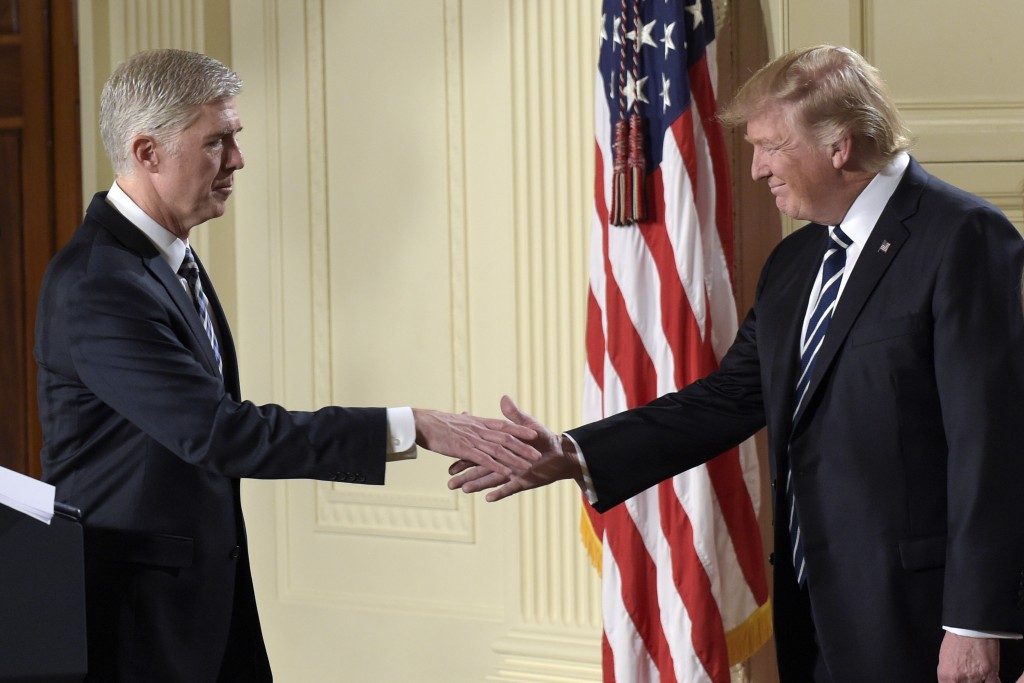 For nearly eight months — from last March until this past November — Democrats called for the United States Senate to vote on the nomination of Merrick Garland, President Obama’s choice to fill the Supreme Court vacancy created with the death of Justice Antonin Scalia, and repeatedly expressed their angst that the GOP-led Senate declined to do so.

Garland’s supporters argued that at the very least, the rank-and-file full Senate — and not merely the leadership — should get to vote on the matter. They also insisted that leaving the country’s highest court with only eight justices — and, therefore, without a way to break a tie — was irresponsible and wrong.

The Republicans, in turn, were adamant that the American people should get to cast their votes first, and whomever they choose as their next president should be the one to nominate a Supreme Court justice. Last week, President Donald Trump announced that he had picked Neil Gorsuch, a 49-year-old judge on the Denver-based 10th U.S. Circuit Court of Appeals.

It is hardly surprising that some of the very same Democrats are now singing a very different tune, with some of them vowing to filibuster Mr. Gorsuch’s nomination, with the goal that the full Senate — which is majorly Republican — would never get to vote on it, and the number of High Court justices would stay at eight for at least the time being.

In a statement released shortly after the Gorsuch pick was announced, Oregon’s Senator Jeff Merkley made it clear that it was payback time.

“The most fundamental thing that must be understood about tonight’s announcement is that this is a stolen seat,” Merkley argued. “This is the first time in American history that one party has blockaded a nominee for almost a year in order to deliver a seat to a president of their own party. If this tactic is rewarded rather than resisted, it will set a dangerous new precedent in American governance.”

While it is certainly understandable that some would disagree with the decision of the GOP not to vote on the Garland nomination, the notion that somehow the seat is a “stolen” one, is absurd. For one thing, the constitution clearly states that nominations for justices of the Supreme Court would be by the president “and by and with the Advice and Consent of the Senate.” The Senate had every legal right to decline to take up the Garland nomination, and declined to do so at a time when virtually every poll was predicting that Mrs. Clinton would be the next president of the United States.

In reality, as many observers have noted, the selection of Gorsuch, a remarkably qualified candidate, has put the Democrats in a bind. In 2006, the Senate voted to seat Gorsuch on the Appeals court by unanimous consent, and the decisions he has written since then have earned him the admiration of legal experts on both sides of the political divide.

For the Jewish community, the choice of Gorsuch is particularly welcome, as he has been particularly forceful in defending religious liberties.

In one of his most notable opinions, in 2013, Gorsuch found that Hobby Lobby, an arts and crafts company, cannot be forced by Obamacare to pay for medical measures that violate the religious beliefs of the owners, the Green family.

“All of us face the problem of complicity. All of us must answer for ourselves whether and to what degree we are willing to be involved in the wrongdoing of others,” Gorsuch wrote. “For some, religion provides an essential source of guidance both about what constitutes wrongful conduct and the degree to which those who assist others in committing wrongful conduct themselves bear moral culpability. The Green family members are among those who seek guidance from their faith on these questions. Understanding that is the key to understanding this case.”

He has also been outspoken about the value of life itself. While it is a tragedy that such a viewpoint is even newsworthy, in a world gone mad, when the last vestiges of sanity and morality are rapidly disappearing, it is reassuring that in a 2006 book on the topic, Judge Gorsuch characterized assisted suicide as “essentially a right to consensual homicide,” explaining that “Human life is fundamentally and inherently valuable, and that the intentional taking of human life by private persons is always wrong.”

Barring unforeseen circumstances, it appears almost certain that Gorsuch will end up being approved by the full Senate in any case. The primary question at this point is whether the GOP will have to resort to using what is called in Senate jargon the “nuclear option” and change the rules of the Senate and remove the possibility of a filibuster.

We commend President Trump on his choice of Judge Gorsuch and urge the Senate Democrats to overcome their temptation for political revenge, put the interests of their country and constituents first, and clear the way for a ninth justice to take a seat on the High Court.