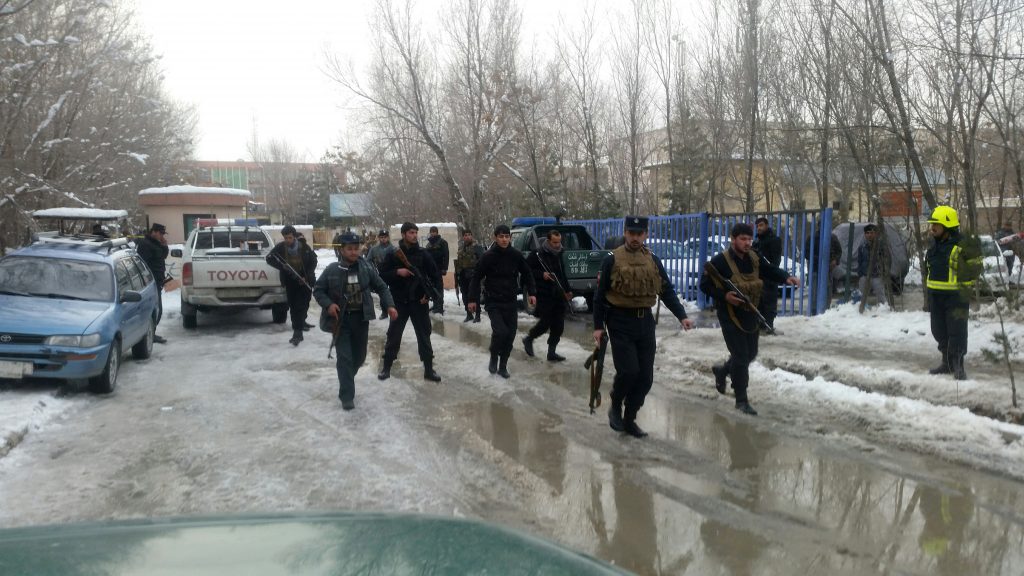 At least 20 people were killed on Tuesday in a bomb blast outside the Supreme Court in the center of Afghanistan’s capital, Kabul, government officials said, in what appeared to be the latest in a series of attacks on the judiciary.

The Ministry of Public Health said at least 20 people were killed and 38 injured people were taken to city hospitals.

There was no immediate claim of responsibility for the attack, in which police said an apparent suicide bomber targeted Supreme Court employees leaving their offices at the end of the working day.

“When I heard a bang I rushed toward the Supreme Court’s parking lot to find my brother who works there,” said a witness, Dad Khuda, adding he had found his brother alive.

Last month, Taliban terrorists killed more than 30 people and wounded about 70 in twin blasts in a crowded area of the city during the afternoon rush hour.

The Islamist Taliban terror group, fighting to oust foreign forces and bring down the U.S.-backed government, claimed responsibility for the Jan. 10 attack.

Afghan government forces control no more than two-thirds of national territory, and have struggled to contain the Taliban insurgency since the bulk of NATO soldiers withdrew at the end of 2014. Several thousand foreign troops, most of them Americans, remain in training and counterterrorism roles.