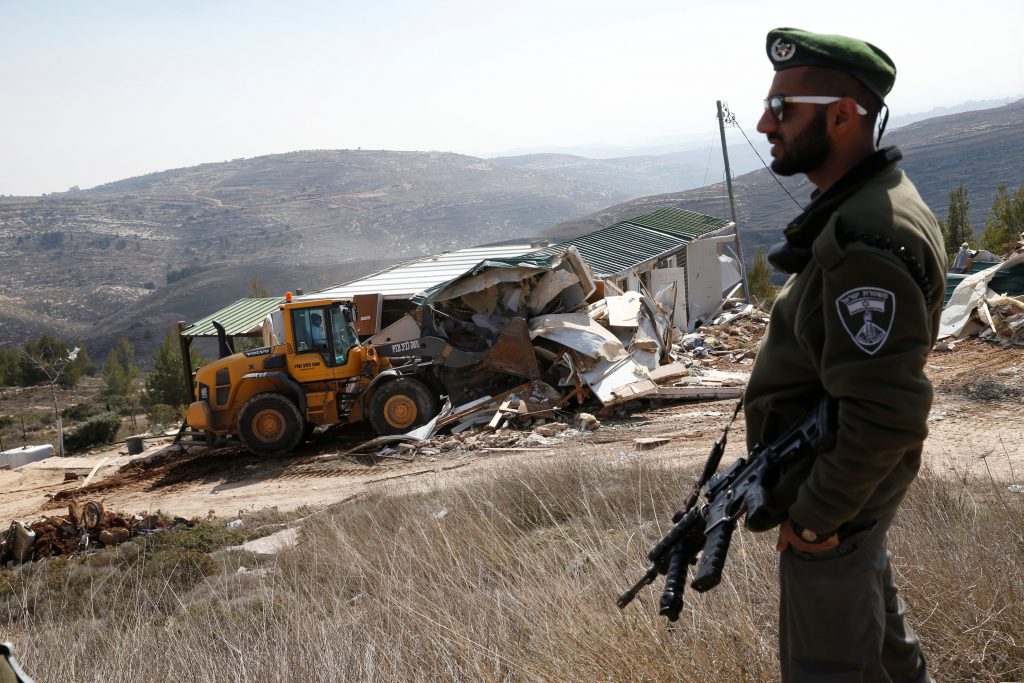 Security forces began demolishing buildings at the Amona outpost which was evacuated last week. Residents resisted the evacuation and clashed with police.

Prime Minister Binyamin Netanyahu later announced a new settlement would be established in place of Amona.

The final date for the evacuation and demolition of Amona was set for February 8th, by which time, the residents were promised, caravans would be set up for them on another part of the hilltop. Those caravans are nowhere to be seen, though, as a plan by the government to place the caravans on another side of the hilltop fell through when the High Court ruled last Tuesday that the parcels where the caravans were to be built are also in dispute, like the Amona homes themselves. The decision extended the injunction against the installation of the caravans ordered the week before.