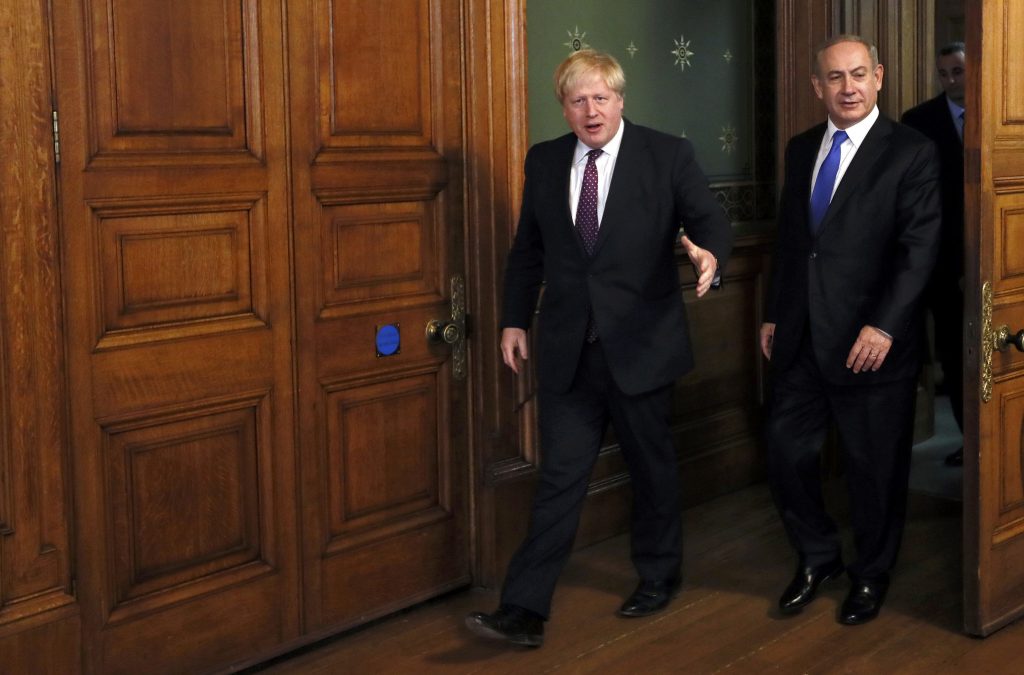 Prime Minister Binyamin Netanyahu said on Monday that he is backing the controversial Regulation Bill, and has informed the White House that he intends to see it through the final vote in the Knesset, The Times of Israel reported on Monday evening.

Mr. Netanyahu, speaking from London where he met with British Prime Minister Theresa May, explained that he was always in favor of bringing the matter to a vote, but felt it was necessary to discuss it with the Americans first:

Mr. Netanyahu also stressed that he did not ask the Americans for permission to pass the legislation but merely let them know what to expect.

The bill was returned to the Knesset plenum for debate earlier in the day, and a vote was expected sometime Monday night.

Meanwhile, it was disclosed that the Knesset was informed by the attorney general’s office in a secret briefing that was declassified on Monday that the pending Regulation Law would violate international law and Israel’s own policy in Yehudah and Shomron for the past fifty years.

Deputy Attorney-General for International Affairs Roy Schondorf last month told the joint Knesset committee that has been working on the bill that the state must be consistent in its policy, and the proposed law would not be, according to The Jerusalem Post on Monday.
Mr. Schondorf explained that Israel has voluntarily complied with the Geneva Convention, which entitles it to build a security barrier for its own protection in Yehudah and Shomron, but that the Convention also accords the Palestinians living there certain rights, including their claims to private ownership of land.

He also told the committee that the High Court in approving the Gaza withdrawal voted 10-1 that Palestinians have special protected status under international law, but that Jewish-Israelis in Yehudah and Shomron, who moved there after 1967, do not.

He stipulated, however, that such legal considerations did not affect Israel’s historic claims to the land, which are also reflected in the projected final status deal with the Palestinians.
Meanwhile, the public uproar over the Regulation Bill continued unabated.

Leaders in Yehudah and Shomron and the heads of the Ofra community on Sunday threatened to hold a hunger strike outside Prime Minister Netanyahu’s office if the Knesset fails to pass the bill.

“The Regulation Law is a catastrophe for the people of Israel. A catastrophe whose initial signs we saw with the U.N. Security Council resolution condemning ‘settlements’ and now it has become a direct threat for the leaders of the country and the IDF.”

He added that “in reference to this law the former Attorney General’s deputies said that coalition discipline need not be maintained, since the law is illegitimate and has no place in the law books of Israel.

“I therefore call upon all of you, members of the coalition and first and foremost Defense Minister Avigdor Liberman and then Finance Minister Kahlon as well as all the other party leaders, you cannot agree to such a law,” declared Mr. Herzog. “You are supporting an illegitimate law and therefore you cannot support it, this is what the Attorney General wrote and established and this is what anyone in the legal arena established.”