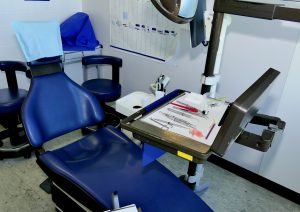 The recent reforms instituted by Health Minister Rabbi Yaakov Litzman that provides free basic dental care for all Israelis 18 and under has, according to the Ministry, saved Israelis millions of shekels a year – but it has caused losses to hundreds of private dentists who do not have a working arrangement with a health fund (Kupat Cholim). A new law by MK Oded Forer seeks to correct that, providing a method for private dentists to participate in the program.

According to the reforms, basic dental services, including examinations, cavity fillings, and tooth removals are paid for under the plan, with patients paying a NIS 20 fee per procedure, and the rest paid for under the national health insurance plan. The original bill set the health funds as the place where the procedures would take place, but pressure from private dentists allowed for the formation of a special dental “health fund,” which would be allowed to carry out the procedures, and which any Israeli dentist would be free to join.

For various reasons, however, this idea fell through, and practically, the care remained in the hands of the health funds – freezing out the private dentists, who before the dental health law was passed in 2010, were responsible for most of the dental work covered by the law. The new law seeks to allow all dentists to apply for the program and carry out the procedures as well.

The law is being supported by 40 MKs, and has been approved for legislation by the Ministerial Law Committee. Dr. Yitzchak Chen, chairman of the Israeli Dentists Federation, praised the law, saying that it would not only help out dentists, but provide patients with better care, as it would expand the number of dentists available to carry out procedures and provide patients with more choice.