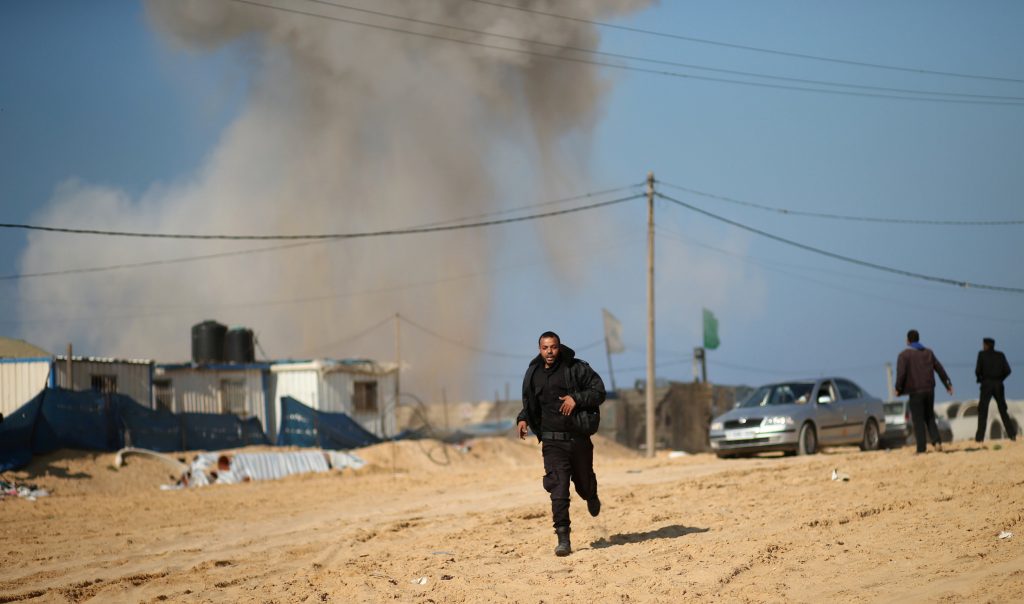 The IDF says its forces retaliated to a rocket fired from Gaza that exploded in Israel.

Sirens wailed in parts of southern Israel warning of incoming rockets early Monday. The military said one exploded in an open field. Soon after the attack, a tank fired at a Hamas position near the frontier.

IDF spokesman Lt. Col. Peter Lerner said the military “will not tolerate rocket fire toward civilians and will continue to ensure security and stability in the region.”

There was no immediate claim of responsibility in Gaza for the rocket attack. Jihadists who support the Islamic State terror group have taken responsibility for similar attacks in the past.