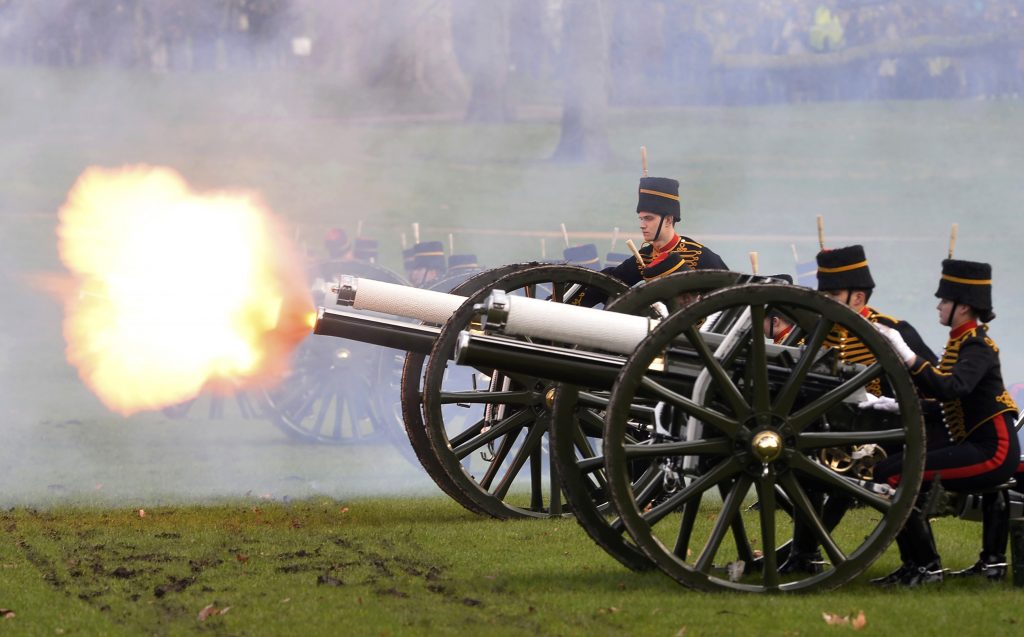 Queen Elizabeth, the world’s longest-reigning living monarch, celebrated her Sapphire Jubilee on Monday as Britain commemorated 65 years since she ascended the British throne.

The 90-year-old monarch, who became Britain’s longest-reigning sovereign in 2015, did not publicly mark the occasion herself, but a 41-gun royal salute was fired in a central London park to honor the landmark.

“Today’s Sapphire Jubilee marks yet another remarkable milestone for our remarkable queen,” Prime Minister Theresa May said in a statement.

“It is a testament to her selfless devotion to the nation that she is not marking becoming the first monarch to reign for 65 years with any special celebration, but instead getting on with the job to which she has dedicated her life.”

Elizabeth became queen at age 25 on Feb. 6, 1952, following the death of her father George VI, the 40th monarch in a royal line that traces its origin back to Norman King William the Conqueror, who claimed the throne in 1066.

When she overtook her great-great-grandmother Queen Victoria’s record 63 years on the throne, she remarked it was not something to which she had ever aspired, and Buckingham Palace said she would spend Monday at her residence in Sandringham, eastern England, as was usual.

However, the queen’s office released a 2014 portrait showing her wearing a suite of sapphire jewelry she received from her father as a wedding gift in 1947.

Elizabeth has cut back on international tours but still regularly performs official duties around Britain and remains hugely popular with Britons, with an approval rating of about 80 percent.

In December she said she would reduce the number of her patronages, passing on her role at dozens of charities, academic institutions and sporting groups to other members of the royal family.