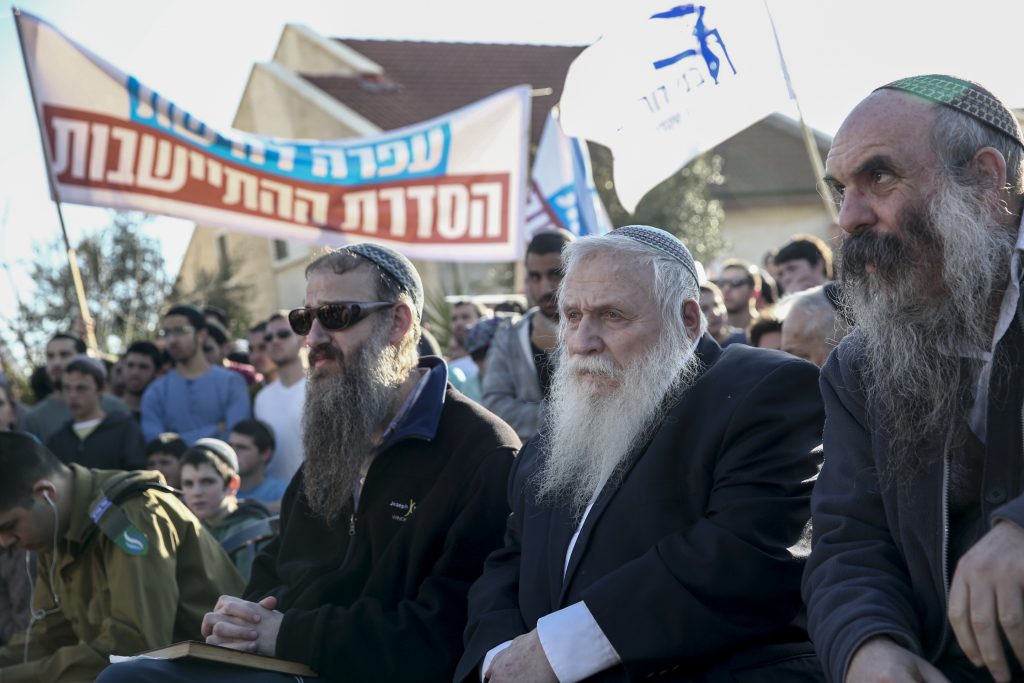 The scenes of anger and violence at the Amona outpost evacuation last week appeared to be on their way to a replay on Sunday afternoon, as thousands of protestors gathered in the nearby community of Ofra, where evacuation also threatens.

Shortly after the High Court issued a ruling agreeing to a delay of one month instead of the three months requested by residents, an estimated close to 10,000 demonstrators protested the Court’s decision and demanded that the Regulation Law, which would avert an evacuation there and in other outposts, be passed by the Knesset as soon as possible, Arutz Sheva reported.

Ofra, home to over 3,200 people, is located north of Yerushalayim, and just north of Amona, in the Binyamin Council.