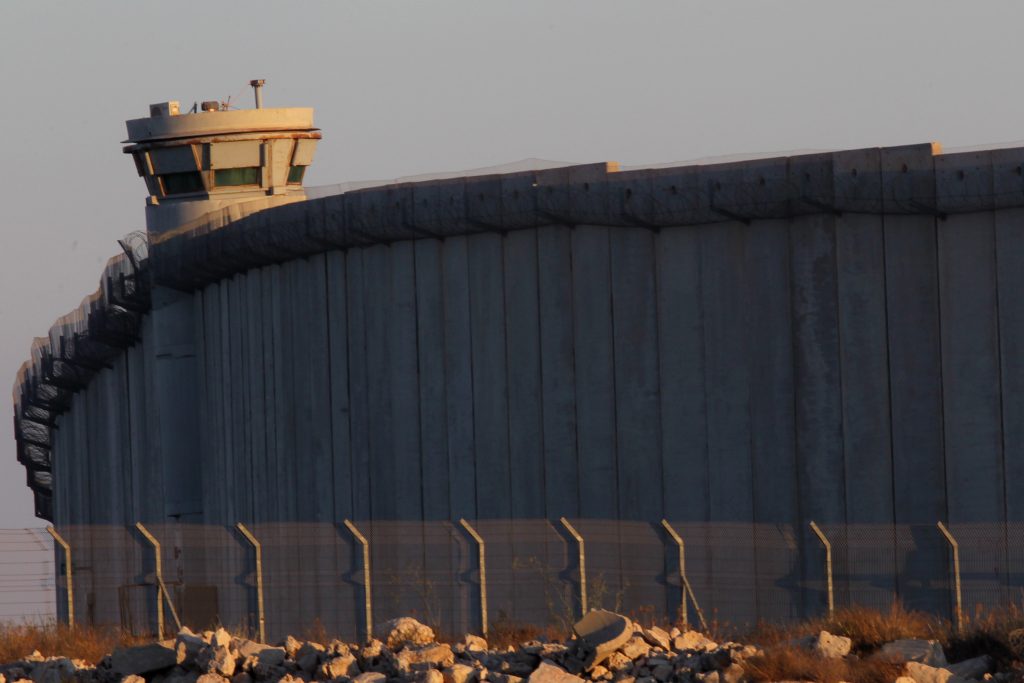 Israel completed a 6-mile section of the security barrier in the area south of the city of Chevron, as of Sunday, The Jerusalem Post reported.

The decision to expedite construction of the barrier came after a number of infiltration incidents across the southern border, one of which led to the attack at Tel Aviv’s Sarona Market last June in which four people were murdered by Palestinian terrorists who had entered the country illegally.

The security barrier extends from the Tarqumiya checkpoint in western Chevron southward to the Meter checkpoint, 26 miles all told, running along the bypass Road 35.
According to IDF Chief of Staff Gadi Eisenkot, approximately 50,000-60,000 Palestinians enter Israel illegally each day.

The entire length of the security barrier is set to be completed in the next six months.