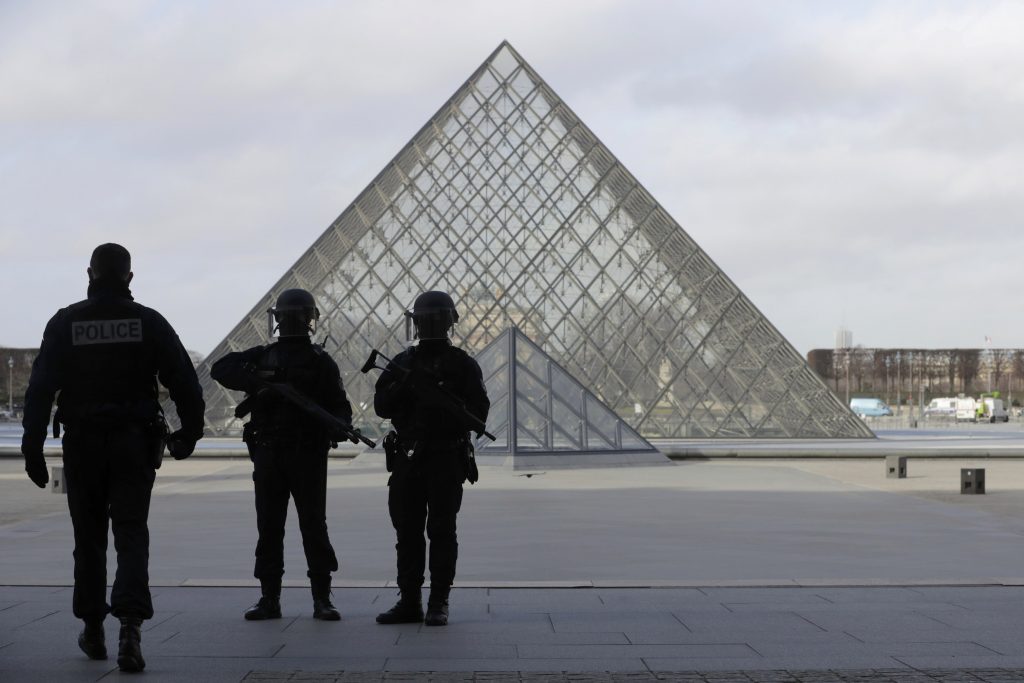 A French soldier on Friday shot and wounded a man armed with a knife after he tried to enter the Louvre Museum in central Paris carrying a suitcase, police sources said.

One source said the man had been trying to get into the museum’s shopping mall and had attacked another soldier before being shot and seriously wounded.

Police said the area had been evacuated and the Interior Ministry said on Twitter the incident was “serious.”

Louvre officials said the museum was closed and that visitors who were already inside when the attack took place were being kept there.

A Reuters witness at the scene said police had cordoned off the museum.

France has been hit by a series of Islamist terror attacks over the past two years that have killed more than 230 people and which have been claimed by the Islamic State terror group.

The most recent deadly attack took place in the southern city of Nice when a man drove a truck into a crowd on the seafront killing 86.

Two potential attacks were thwarted in September including one by a group of women who parked a car containing gas canisters near Paris’s Notre Dame Cathedral.

The country is fewer than three months away from a presidential election in which security and fears of terrorism are among the key issues.