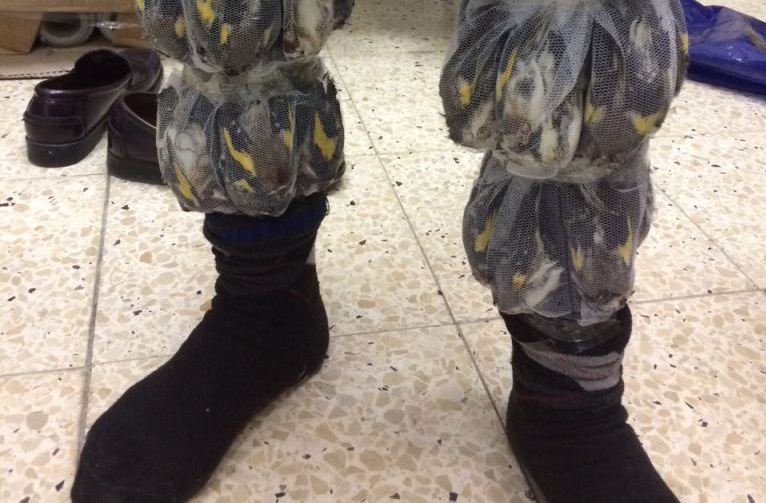 For the third time in two weeks, workers at the Allenby crossing nabbed an Arab who was tryng to smuggle unusual contraband – songbirds. The man was stopped after behaving suspiciously and raising the attention of border patrol agents.

Perhaps one reason for his actions was the fact that the birds were found taped to his body. The suspicious behavior involved his waddling through the passenger terminal, due to his discomfort. The man was pulled aside and searched, and was detained when officers found the birds.

Agents discovered two other instances of attempted songbird smuggling last week, with the birds in those cases were hidden in luggage. The birds cannot be imported without vetting and examination because they may be carrying diseases. Each bird is worth NIS 50 – 150 on the open market, officials said.