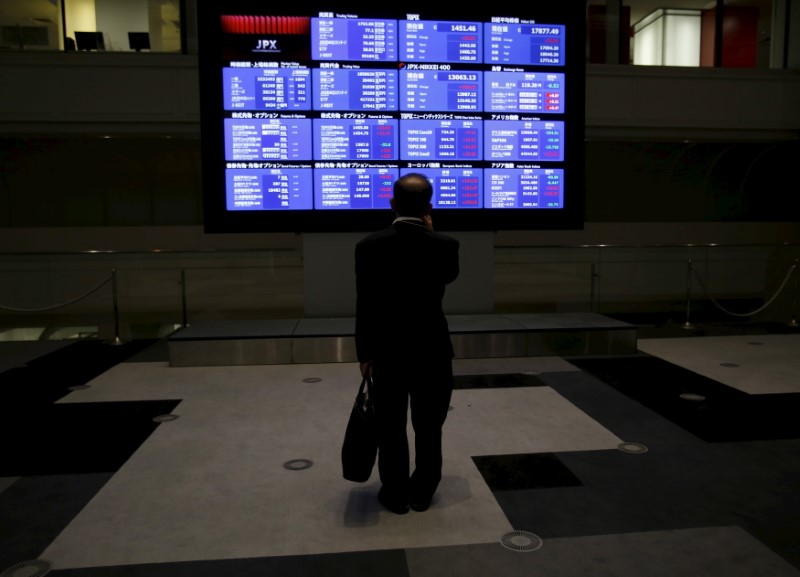 European stocks are expected to take Asia’s lead with major bourses set to open in the red before a key U.S. jobs report sheds further light on the outlook for U.S. monetary policy in the coming months.

On the first day of trading after a week-long break for the Lunar New Year, Chinese equities tumbled and the currency weakened after the People’s Bank of China raised the interest rates on open-market operations by 10 basis points.

“My interpretation of the higher interest rates in China is that the regulator does not want corporates to over-leverage, which could be the case if borrowing cost is low together with ample liquidity,” said Iris Pang, senior economist, greater China at Natixis in Hong Kong.

The latest increases in market interest rates comes after the central bank raised rates on its medium-term loan facility (MLF) in late January. That was the first time it has raised one of its policy interest rates since July 2011.

Analysts say the fresh increases mark a step up in policy tightening for domestic markets and appears to be aimed at bolstering the yuan after record capital outflows in recent months. The Institute of International Finance estimated capital outflows from China surged last year to a record $725 billion.

Chinese yields snapped a three-year declining trend in late October with five-year benchmark yields rising by 65 basis points since then. Ten-year yields have surged by a greater magnitude. They extended their rise on Friday.

The China news couldn’t have come at a worse time for risky assets, just as a rally in U.S. equities and the dollar – the so-called “Trump trade” – showed further signs of fizzling, hurt by anxiety about the Trump administration’s tough stance on immigration, trade and aggressive posturing in international relations.

MSCI’s broadest index of Asia-Pacific shares outside Japan was down 0.3 percent, pulling back from a three-month peak hit in the previous session. Australian and Japanese markets were down, while others were steady to slightly lower.

“I think the Trump trade has hit the pause button with both equity and credit markets currently factoring in a very rosy view of the U.S. economy and we need to see more evidence from the policy front before further gains are justified,” said Cliff Tan, East Asia head of global markets research at Bank of Tokyo Mitsubishi UFJ in Hong Kong.

The S&P 500 settled at levels around six weeks ago, losing steam due to lingering investor anxiety around Trump’s policies.

Markets had run up sharply following the election on the expectation that tax cuts, deregulation and a fiscal stimulus would accelerate economic growth.

Adding to concerns is whether the Fed would switch gears to a more hawkish stance if jobs data continued to surprise on the upside with some analysts penciling in a March rate increase if payrolls data, due later in the day, surprised on the upside. Futures were predicting a move only by June.

According to a Reuters survey of economists, nonfarm payrolls probably increased by 175,000 jobs last month, picking up from the 156,000 jobs added in December. The unemployment rate is expected to be unchanged at 4.7 percent in January, near a nine-year low.

In currency markets, the dollar was pinned near its weakest level against a basket of major rivals since mid-November amid uncertainty about the Trump’s administration mixed comments on the greenback.

Against yen, however, the dollar managed to find its feet after the Bank of Japan offered to buy Japanese government bonds in a surprise operation aimed at bringing down bond yields. The dollar was up 0.2 percent against the yen at 113.

“The yen might continue to weaken against the dollar after today’s action,” said Masashi Murata, senior currency strategist at Brown Brothers Harriman.