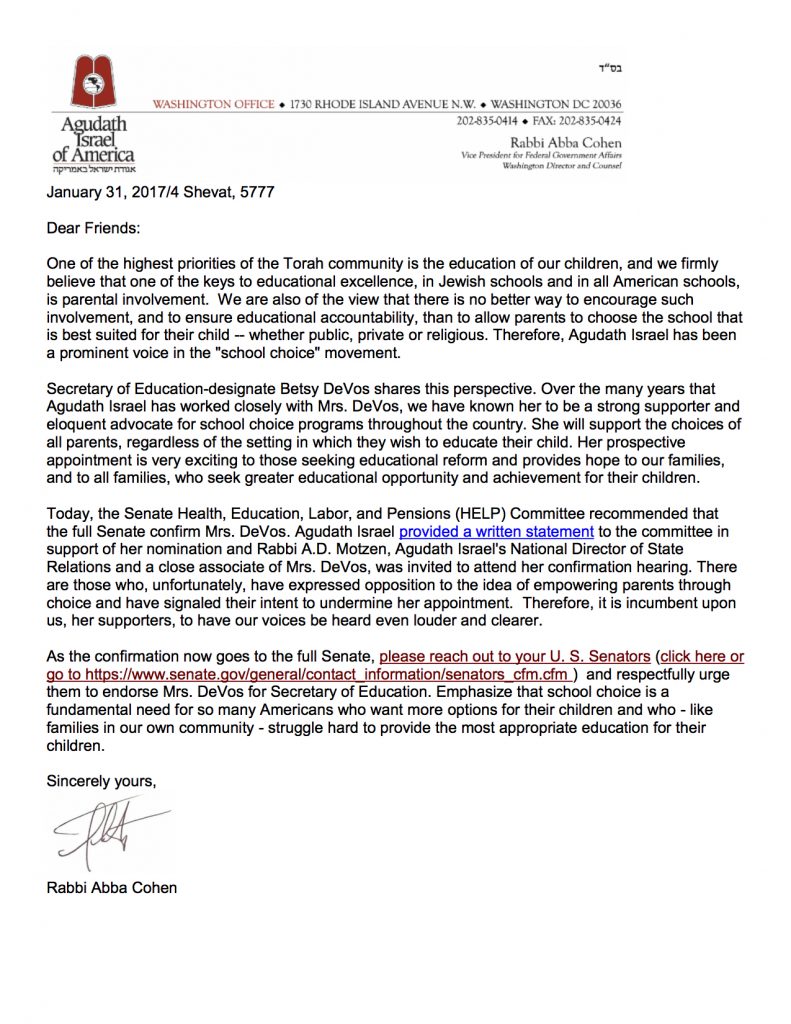 Agudath Israel does not generally weigh in on cabinet nominations. However, where it approaches parents’ right to educate THEIR children how and where they see fit, and our special relationship with Mrs. Betsy DeVos, the Education Secretary-designate, we make an exception.

The Senate is currently considering the nomination of a Secretary of Education who is an advocate for all children – public and private school attendees. We can say this because Agudath Israel has successfully worked closely with Mrs. DeVos for over 15 years to expand school choice across the country.

We need to mobilize to counteract the opposition. We urge you to share the attached letter with community members, and encourage them reach out to their Senate representatives and support the nomination of Mrs. DeVos. The Senate vote is expected on Monday.