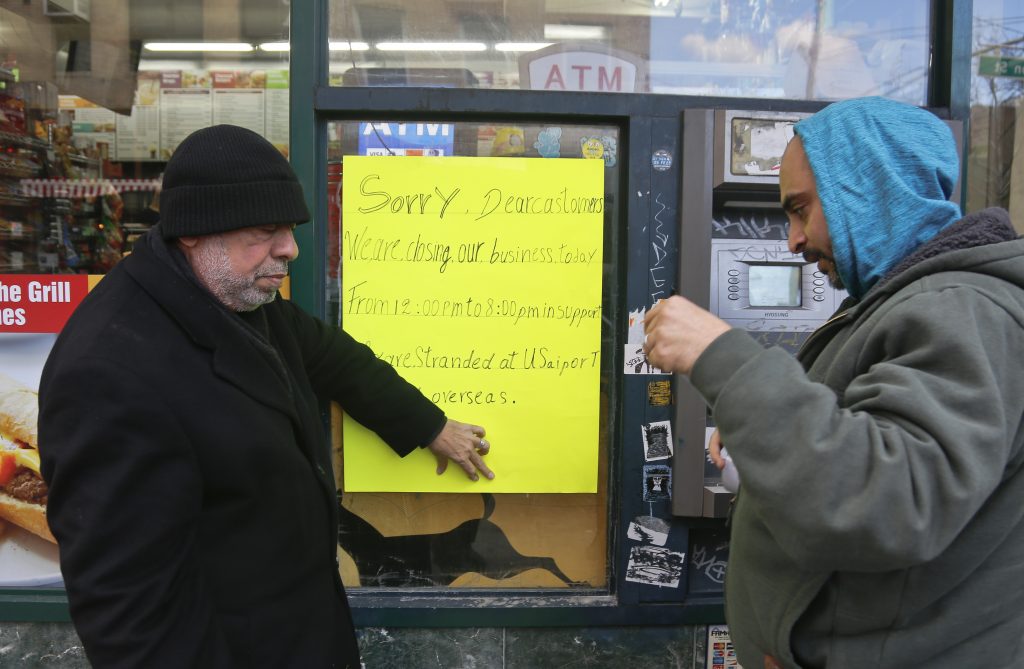 The shops were locked at noon and were to remain shuttered until 8 p.m., according to organizers of a late afternoon rally in downtown Brooklyn. At least 1,000 Yemeni-run small businesses are a part of many New Yorkers’ daily lives, said Brooklyn Borough President Eric Adams, who planned to attend the rally.

Haron Zokari closed his Manhattan deli at noon, as well. He said his wife and baby are stuck in Yemen after almost completing a four-year, green-card process.

“We are trying to stay strong,” he said. “There’s people there who are refugees and who are starving and running for their lives, so thank G-d we don’t have it as bad as they do.”

Zaid Nagi, who owns three delis in the Bronx, said most of his customers had expressed solidarity with the shutdown.

“They know who we are. They know we are human beings just like them,” he said. “I believe in the good people of America.”