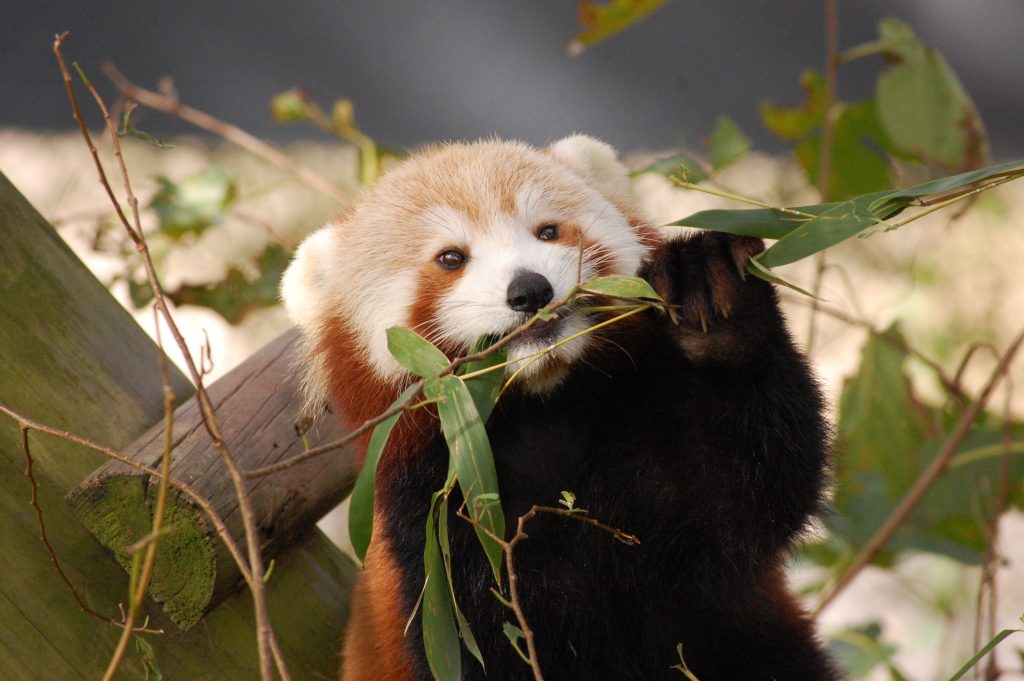 Red pandas are the Houdinis of zoos.

The raccoonlike creatures, who lounge on tree branches like stuffed animals made real, have escaped exhibits in the United Kingdom, California and Washington, D.C. They’re often retrieved in days, if not hours.

But at the Virginia Zoo in Norfolk, Sunny has been AWOL for more than a week. The 19-month-old broke out on a stormy night.

Sunny has so far evaded infrared cameras, search dogs and drones, not to mention zoo staff and volunteers.

“I’m sure someone took it,” Brianna Maison, 22, a college student in Norfolk, said Wednesday at the zoo with her children.

Sunny may have slipped from a wet branch, which helped her escape, the zoo said. And the theory surprised no one who passed by the exhibit at lunchtime Wednesday.

Frequent visitors said large branches from a tree in the enclosure had sloped above a pedestrian walkway.

“We used to wonder what kept them from getting out,” said Karen McSpadden, 32, of Virginia Beach. “I guess nothing was.”

The tree-branch escape plan isn’t new. A red panda named Rusty likely climbed to freedom on rain-soaked branches at the Smithsonian’s National Zoo in 2013, according to a news release. (Those trees were trimmed as well.)

But Rusty was found nearly 24 hours later. The search for Sunny continues.

Greg Bockheim, the Virginia Zoo’s executive director, told the Virginian-Pilot on Tuesday that reports of sightings continued. And he’s taken them seriously, searching miles away with a thermal imaging camera.

“It’s very upsetting, but I don’t blame the zoo at all,” Amanda Mills, 29, of Chesapeake, said as her 6-year-old son Caeden gazed at Thomas. “I think somebody out there has got her and just isn’t ready to give her up.”

Rob Vernon, a spokesman from the Association of Zoos & Aquariums, said zoo escapes in general are rare and the animals are often found quickly.

But not always. A 10-year-old red panda in China was found in August after 242 days, according to media reports. The animal was less than 3 miles away.