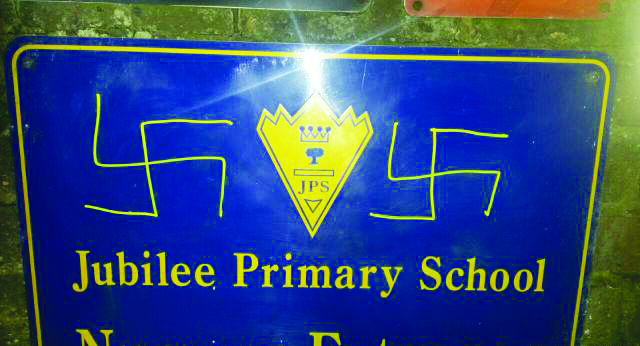 A study shows anti-Semitic hate incidents are surging to record highs in Britain.

The Community Security Trust charity said Thursday there were on average more than three anti-Semitic incidents per day in 2016.

It said there were 1,309 incidents last year, a 36 percent increase over the year before. It is the highest total since the group started keeping records in 1984.

Most of the incidents involved verbal abuse, hate mail and graffiti. There were also 81 cases of vandalism and damage to Jewish property.

The charity said there is no single explanation for the rise in incidents.