Politics OPINION: Muslims Were Not Banned, But White House Fumbles Should Be
Politics 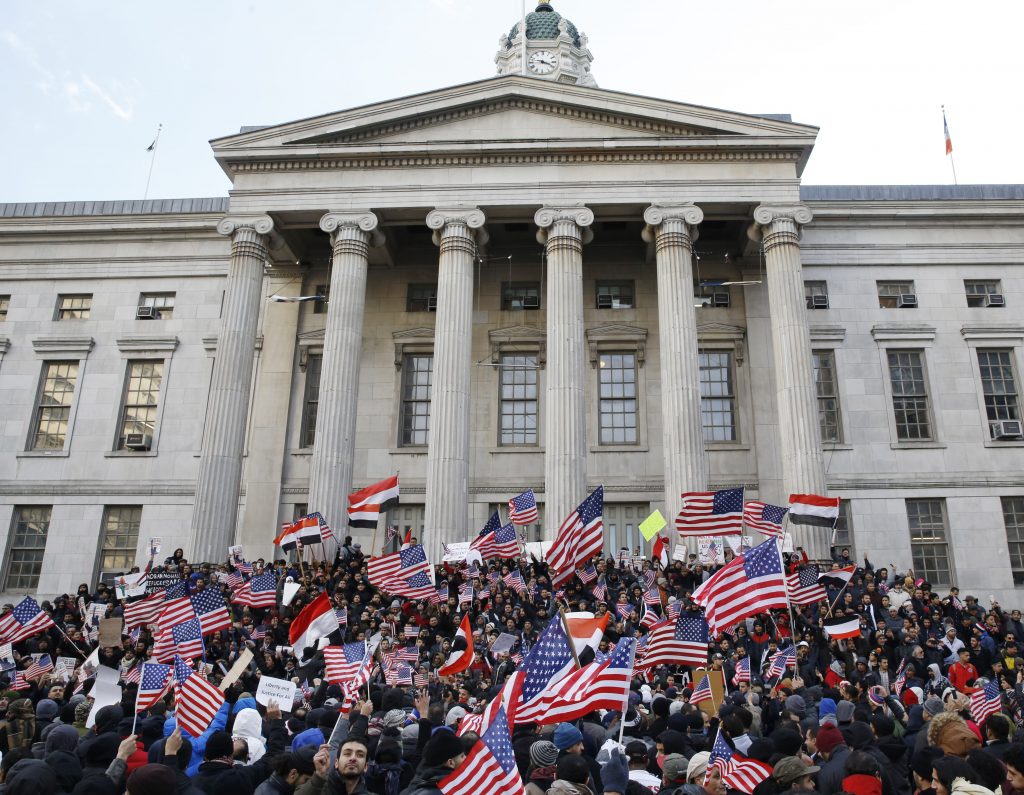 A big hope when Donald Trump was campaigning to be president was that, if he somehow made it to the White House, wise advisors would control him; and they recently more or less did but failed to be wise.

According to The New York Times, it was some inner-circle types who composed the executive order on refugees and immigrants that now has so many screeching to the point of endangered lungs.

If they had been involved, we could just maybe have had a public roundly informed prior to the order going into effect and well-prepared operatives avoiding klutzy confusion and individual misfortunes. We might have had some rethinking, additional, intelligent explication and less of what ensued: outrage within government, angry crowds causing traveler troubles at airports, diplomatic damage and ideologically inspired commentary that put fantastically imagined evil over reality.

Advisors or no advisors, of course, Trump was part of this and wanted it and had not himself stopped to consider that maybe he is not the entire government, that maybe those agencies are there for a reason. The cost to him was an exclamation mark behind a belittled first week in office and the conclusion of not a few that he was helplessly bigoted, stupid and un-American. The conclusion of too many was that here was his once-threatened Muslim ban.

It was not a Muslim ban. It was timeout on admitting refugees, immigrants and travelers from the terrorist-ridden countries of Iran, Syria, Iraq, Libya, Somalia, Sudan and Yemen. The idea was for Homeland Security to work with others in making sure we were not taking unneeded risks that could result in another 9/11 and other sad consequences for our nation. After some months, with one exception, everything would get going again, presumably with less to worry about.

The exception is Syria, where the Islamic State connivers are especially active and the timeout would be indefinite. Bringing in Syrian refugees would seem like the compassionate thing to do, but, at best, you are talking about a relatively few of the multimillions left in torment arguably aggravated by Obama fumbles as president. The real issue for anyone who is serious is to find what can be done in the Middle East for the vast numbers who will not be going elsewhere.

Because the countries selected happen to be Muslim-majority states, it is maintained that this is all about beating up on Muslims. Sorry, but there is a definite, undeniable connection between terrorists and Muslims, and, when you try to spot large groupings of terrorists now violently trying to change the face of the earth, you are going to bump into Middle East Muslims. To say this is a religious hunt is akin to saying Obama’s recent ban on Cuban refugees without visas was a Hispanic hunt.

That would obviously be ridiculous because, for one thing, there are lots of countries with Hispanics who face no such ban just as there are 42 Muslim-majority countries that are facing no re-examination of who heads for America.

There are any number of other issues here, such as Trump and advisors rationally enough wanting to limit the annual number of refugees to what it has often been in the recent past. For a while, it appeared that the Trump move would hinder travel by legal U.S. residents, but that went away, as have some other legitimate concerns, if not all of them.

Let’s hope Trump and his advisors learn some lessons from all of this, but let’s also hope that some of the delusional critics retreat to reason.