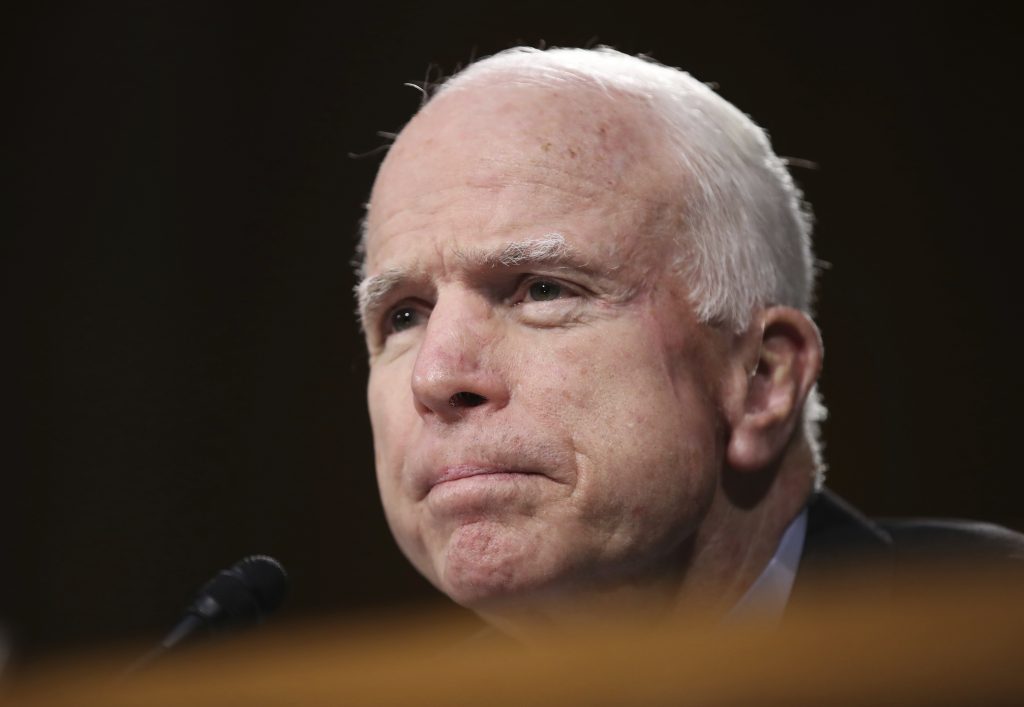 Arizona Sen. John McCain said in a statement that he spoke with Joe Hockey, Australia’s ambassador to the United States, and expressed his “unwavering support for the U.S.–Australia alliance.” The move came as Trump stressed the need for “tough” talk to make sure other nations don’t take advantage of the United States.

But the Trump White House has said little about a spike in the violence in eastern Ukraine, where the Kiev government has accused Russian-backed forces of stepping up attacks. McCain, the chairman of the Senate Armed Services Committee, urged Trump in a letter sent Wednesday to respond decisively to what McCain described as Russian President “Vladimir Putin’s violent campaign to destabilize and dismember the sovereign nation of Ukraine.”

McCain said Putin “will not stop unless and until he meets a strong and determined response,” and the senator urged Trump to supply Ukraine with defensive lethal assistance that Congress authorized in recent defense policy legislation. McCain said the Ukrainians are not asking Americans to fight for them, but just for help.

“Failing to do so now not only risks Ukraine’s sovereignty, but the further erosion of American credibility,” McCain wrote.

McCain, now in his sixth term in the Senate, has emerged as Trump’s top Republican nemesis in Congress. While GOP leaders on Capitol Hill have largely refrained from scolding the new president, McCain hasn’t been shy about calling Trump out.

In the two weeks since Trump’s inauguration, McCain has broken with Trump on his immigration order, warned him against rapprochement with Moscow, lectured him on the illegality of torture, and hammered the president for backing away from international free trade agreements.

The senator’s call with the Australian ambassador and his statement highlighting the conversation further underscore McCain’s unease with Trump’s policies and his approach to issues.

Turnbull said an arrangement negotiated with the Obama administration was still on to allow mostly Muslim refugees rejected by Australia to be resettled in the United States. But Trump declared the pact “dumb” and pledged a review.

In a speech Thursday, Trump appeared to acknowledge the tense Saturday phone call with Turnbull, as well as blunt conversation in an earlier call with the Mexican President Enrique Pena Nieto.

“Believe me. When you hear about the tough phone calls I’m having, don’t worry about it. Just don’t worry about it,” he said at the National Prayer Breakfast in Washington. “They’re tough. We have to be tough. It’s time we’re going to be a little tough folks. We’re taking advantage of by every nation in the world virtually.”

McCain noted a long and growing history of military cooperation between the two countries. Australia hosts more deployments of U.S. aircraft, more regular port visits by American, and training for Marines at Robertson Barracks in Darwin, he said.

“This deepening cooperation is a reminder that from maintaining security and prosperity in the Asia-Pacific region to combatting radical Islamist terrorism, the U.S-Australia relationship is more important than ever,” McCain said.