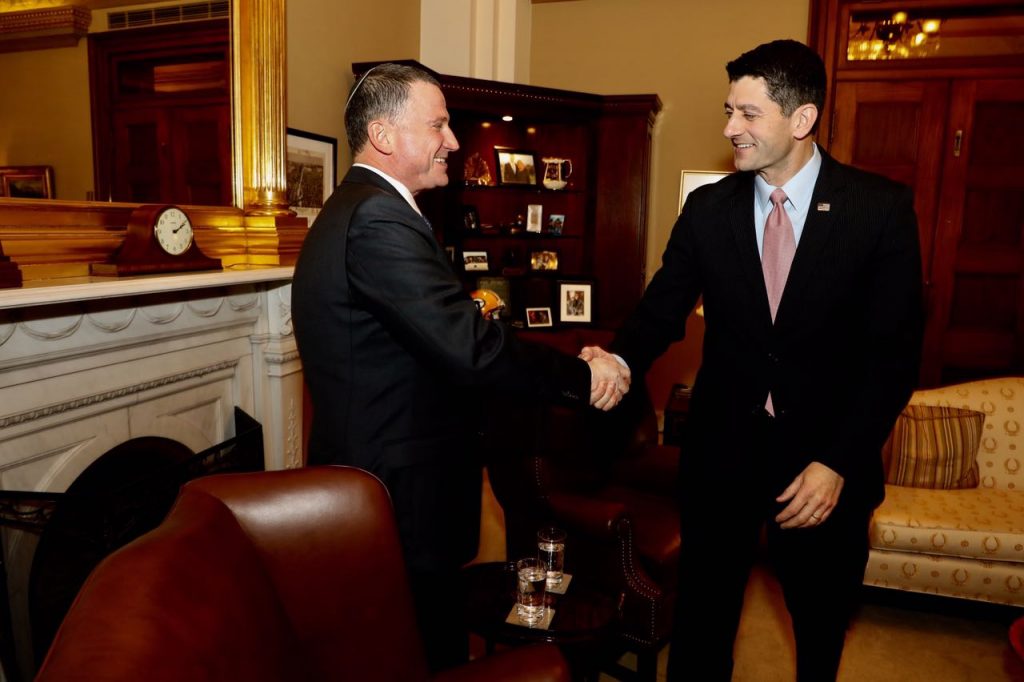 In his meeting with Ryan, the two discussed the move of the U.S. Embassy in Israel from Tel Aviv to Yerushalayim.

“The meaning of wide Congressional support [for the move] could lead to global and regional support,” Edelstein explained. “If the American embassy moves, I am certain that other countries will move their embassies to the capital,” he added.

At the end of their meeting, the Knesset speaker invited Ryan for an official visit to Israel.

Ryan issued the following statement after his meeting:

“After visiting Speaker Edelstein in Jerusalem last year, it was a privilege to host him at the U.S. Capitol this afternoon. I reiterated my steadfast support for Israel’s security and her inalienable right to self-defense. The historic alliance between our two nations has never been more important, and I appreciate Speaker Edelstein’s commitment to strengthening this special relationship.”

At his meeting with Senator Bob Corker, the current Chairman of the Senate Foreign Relations Committee, the two discussed current affairs in the Middle East. Edelstein asked for Corker’s assistance to promote collaborations with parliamentary chairmen regarding financial, social and environmental projects in order to further strengthen relations between Israel and the U.S.