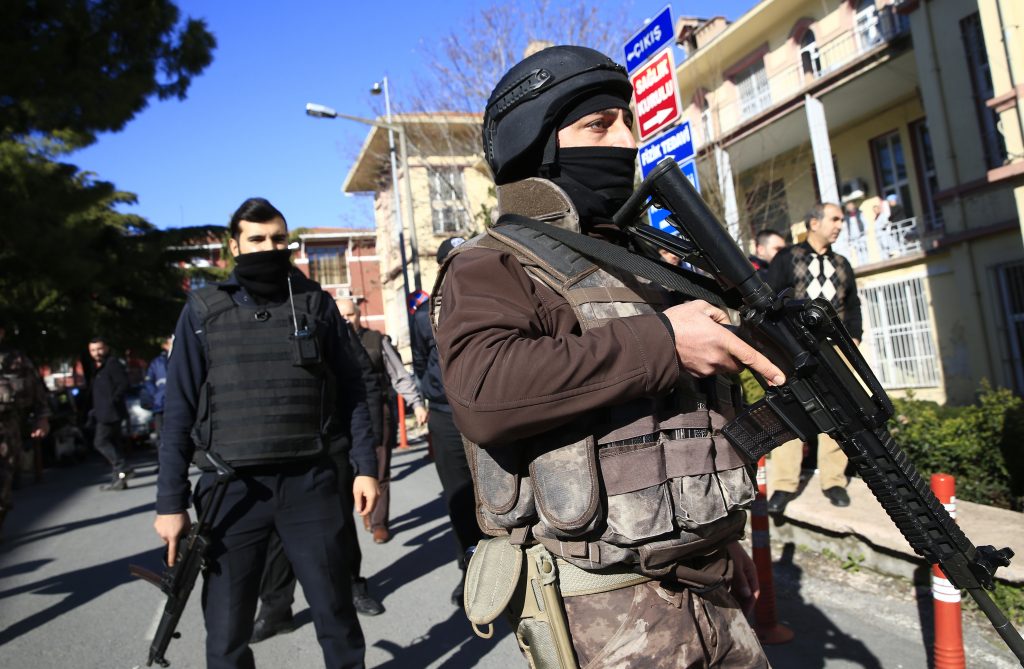 An armed police officer receiving psychiatric treatment barricaded himself into a room at an Istanbul hospital and attempted to end his life on Wednesday, causing panic, a hospital official said.

But Zekayi Kutlubay, the hospital’s chief physician, said all staff has been evacuated from the psychiatry unit and the police officer was alone. He said police negotiators are trying to persuade the man not to do what he had planned.

“He is alone in the room,” Kutlubay told reporters outside of the hospital. “There is no hostage crisis … G-d willing, we will convince him.”

Kutlubay said the officer had been receiving psychiatric treatment for the past two years and the police force had confiscated his gun.

“The gun is not his, but unfortunately he has a gun with him,” the physician said.

Turkey is on edge following a spate of deadly attacks, including an armed assault at an Istanbul venue in January that killed 39 people.