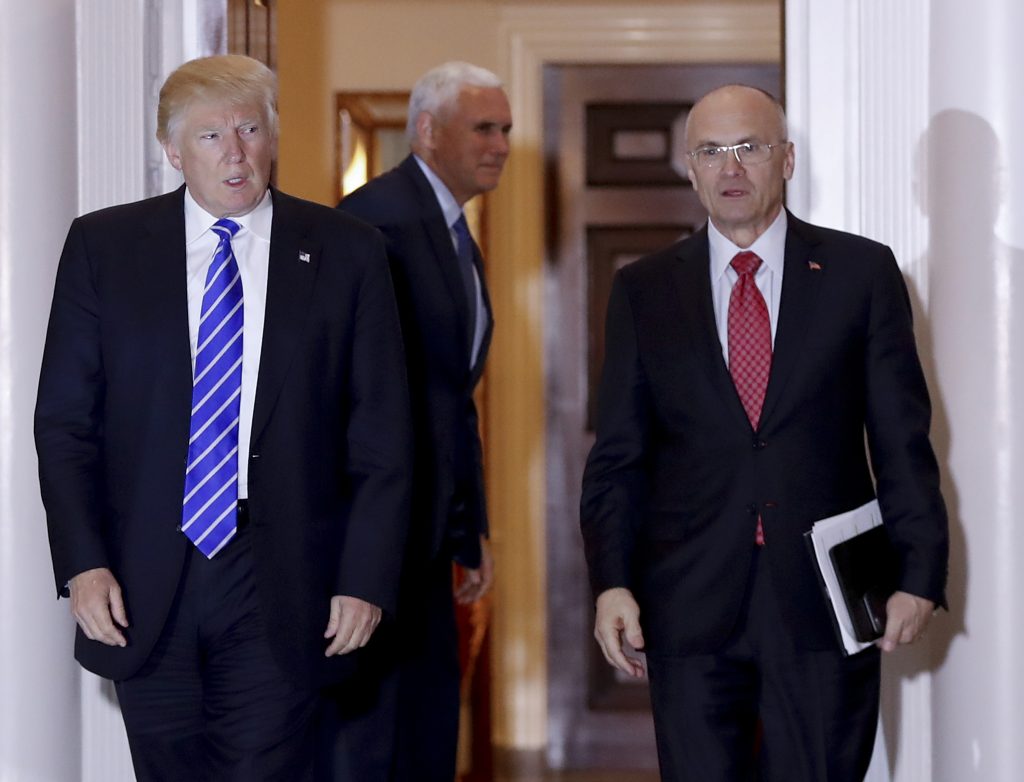 A spokesman for Andrew Puzder says the Labor secretary-nominee is working to divest his assets so he can take office as part of President Donald Trump’s Cabinet.

Puzder says he is “fully committed to becoming secretary of Labor.”

In a statement to The Associated Press, Puzder says he’s looking forward to his confirmation hearing, which has been postponed at least three times.

The statement comes as Democrats and their allies opposed to Puzder’s nomination have raised questions about his fitness for the post.

Puzder still has not turned in the required paperwork detailing his plan to avoid conflicts of interest.