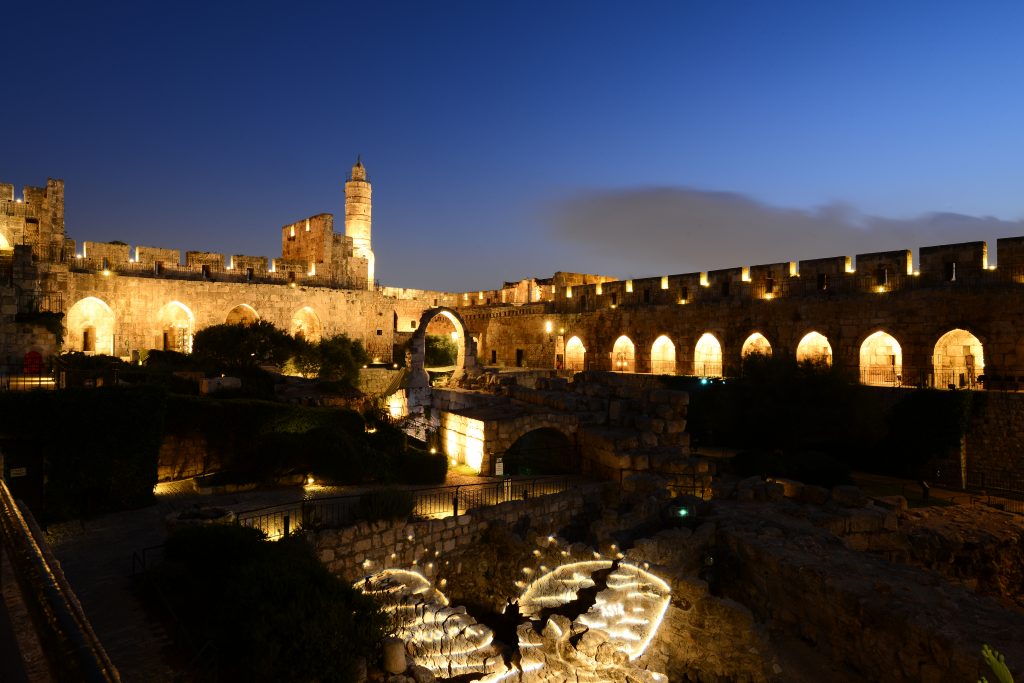 As the high-speed railway from Tel Aviv to Yerushalayim hurtles towards completion, the Transport Ministry is planning to extend it — adding stations in the center of the city, and possibly even at the Kosel. At a recent meeting with engineers, Transport Minister Yisrael Katz presented plans for the Kosel train station, as part of an overall train plan for Yerushalayim.

The high-speed train’s current terminus is at Binyanei Ha’umah, but Katz is determined to extend the line further into the city, thus making it even more efficient for travelers. A number of plans are being considered, among them a stop at the Kosel. According to Haaretz, Yerushalayim officials prefer that the stop be in the center of the city, or perhaps at the Malcha Mall, while Katz wants to extend it to the Old City. In a statement, however, the city said that there was no difference of opinion with Katz about the possibility of extending the line to the Old City.

In a statement, Israel Railways said that “the plan is in its first stages, and the purpose is to extend the Tel Aviv-Yerushalayim line past the Binyanei Ha’umah stop. Extending the line will encourage more people to ride the train, providing better service for passengers. We are working with the Transport Ministry on this project.”

The Transport Ministry said in a statement that it had “instructed all the relevant parties to plan for an extension of the high-speed rail line to the Kosel, and there will not be any deviation from this plan. Plans to extend the line to Malcha or other parts of the city are no longer relevant. A network of light rail lines already serves or will soon be built to serve those areas.”

No date was given for commencement of work on the extension. The high-speed railway from Tel Aviv is set to be completed in March 2018.