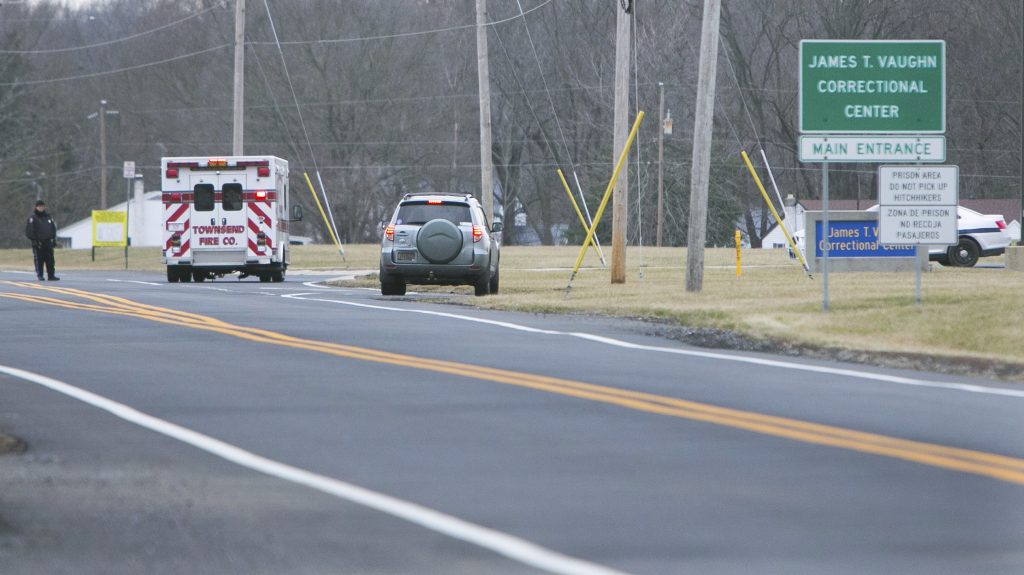 Guards were taken hostage by inmates Wednesday inside a Delaware prison, putting all the state’s prisons on lockdown as police swarmed the facility. It was not immediately clear how many guards had been taken hostage.

Geoffrey Klopp, president of the Correctional Officers Association of Delaware, said the Department of Correction commissioner told him that prison guards had been taken hostage at the James T. Vaughn Correctional Center in Smyrna. In a brief statement, the department said that DOC Response Teams and Delaware State Police were on the scene responding to a hostage situation.

A DOC spokeswoman said only that an emergency situation was reported at the Smyrna prison late Wednesday morning. The facility was placed on lockdown, as were all prisons in the state per DOC policy. Spokeswoman Jayme Gravell provided few details but described the situation as an isolated incident, adding that there was no threat to the public.

Gravell said firefighters were called to the scene after reports of smoke and were being held on standby.

Video from above the prison shows uniformed officers gathered in two groups along fences near an entrance to the prison. Later, video showed several people surrounding a stretcher and running as they pushed it across the compound. It wasn’t clear if a person was on the stretcher. People could be seen standing near a set of doors with an empty stretcher and wheelchair.

According to the department’s website, the prison is Delaware’s largest correctional facility for men, housing about 2,500 inmates. It houses minimum-, medium- and maximum-security inmates, and also houses Kent County detainees awaiting trial. It is also the site of the state’s death row and where executions were carried out. The prison opened in 1971.