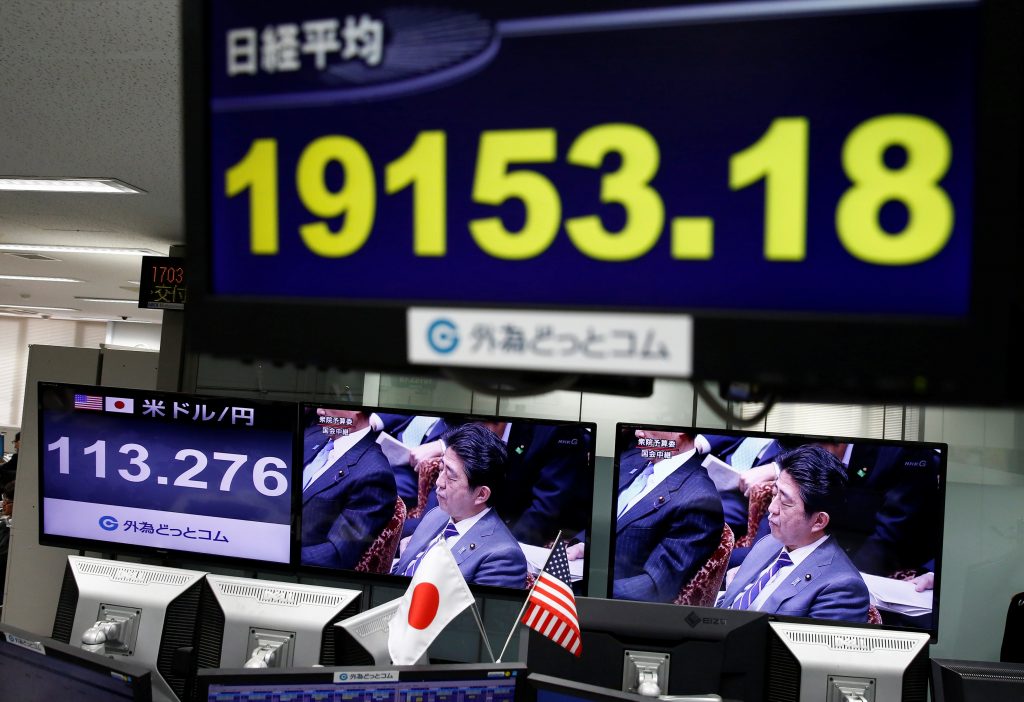 Shares were mostly higher in Asia on Wednesday, lifted by upbeat manufacturing data from China and Japan. The U.S. dollar was steady, regaining some lost ground after falling on comments by President Donald Trump accusing China and Japan of manipulating their currencies.

Chinese manufacturing expanded in January at close to its fastest pace in two years as heavy government spending and a bank lending boom helped to keep economic activity steady headed into 2017, a survey showed Wednesday. A similar survey in Japan showed manufacturing at its highest level in nearly three years, with strong new orders and confidence in the outlook for the coming year. “Reports of an increase in foreign demand was also backed by the survey data, with new export orders rising at the quickest rate in one year,” IHS Markit said in its Japan Nikkei Manufacturing PMI report.

Japanese officials denied President Donald Trump’s assertion that Tokyo is using its monetary policies to weaken the yen against the U.S. dollar to gain a trade advantage. Government spokesman Yoshihide Suga said Trump’s comments, made in a meeting with executives of pharmaceutical companies, “completely miss the mark.” Prime Minister Shinzo Abe is due to meet with Trump in Washington on Feb. 10, and Suga told reporters Japan plans to explain its stance on the issue. After Trump’s comments, the dollar weakened sharply against the yen, but it rebounded later. By late afternoon it was trading at 113.30 yen, up from its previous close of 112.94 yen. The euro rose to $1.0803 from $1.0695.

Investors have been bidding up assets that are traditionally seen as less risky, including gold, government bonds and stocks that pay big dividends. The advent of President Donald Trump’s administration has led investors to seek out safer investments, said Jim Paulsen, chief investment strategist for Wells Capital Management. “More than anything right now, it’s just the pace of news,” he said. “It is so dramatic.” On Tuesday, the Dow Jones industrial average fell 0.5 percent to 19,864.09 and the S&P 500 edged 0.1 percent lower, to 2,278.87. The Nasdaq was nearly flat at 5,614.79.

U.S. crude oil fell 11 cents to $52.70 a barrel in electronic trading on the New York Mercantile Exchange. It gained 18 cents to $52.81 a barrel on Tuesday. Brent crude, the benchmark for international oil prices, lost 14 cents to $55.44 a barrel.