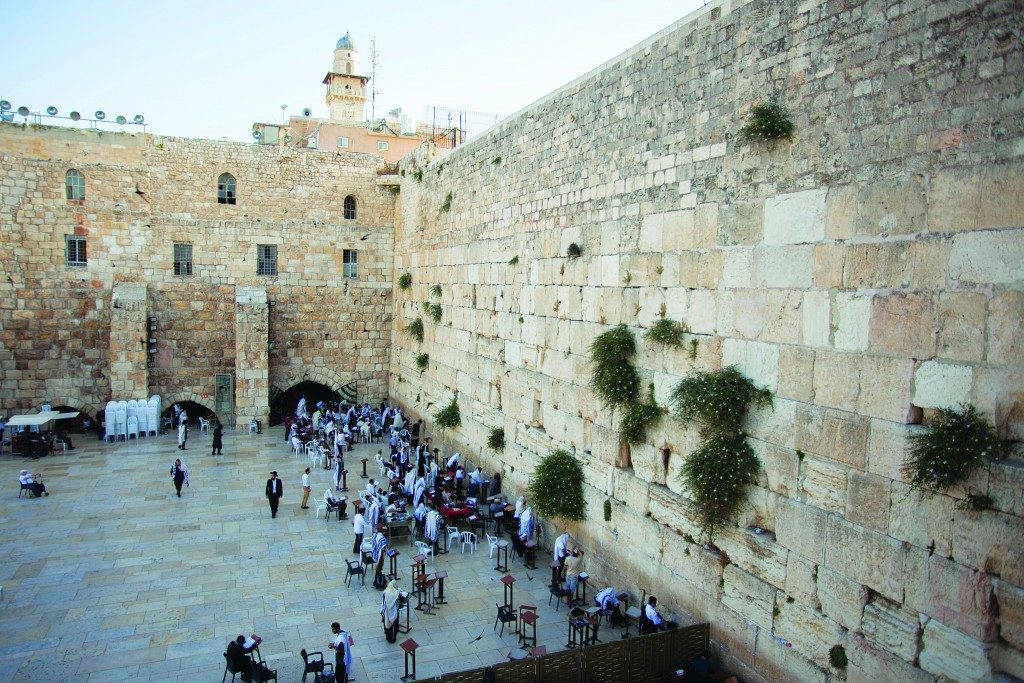 An important letter was delivered to Israeli Prime Minister Binyamin Netanyahu on Sunday that has ramifications for the sanctity of the Kosel and the unity of the Jewish people.

Signed by five chareidi and religious Knesset members and Cabinet ministers, the letter demands that the prime minister cancel government resolution No. 1075 — the “Western Wall Plan” granting the Reform space at the Kosel for “egalitarian prayer” — since it is not compatible with the position of the Chief Rabbinate of Israel.

The letter was issued after the askanim held lengthy consultations with the Chief Rabbis, Harav David Lau and Harav Yitzchak Yosef, and with Harav Avigdor Nebenzahl, Rav of the Old City, and Harav Shmuel Rabinowitz, Rav of the Kosel. These consultations weren’t a formality, but a means of ensuring that the Torah world, in all its shades, is on the same page when it comes to not allowing the Reform to use the Kosel as a means of gaining recognition in Israel.

The timing of the letter is not coincidental. It comes just weeks before the High Court of Justice is set to hear petitions from the Reform movement over why the government has not implemented the Western Wall Plan that it approved a year ago. According to that plan, the southern end of the Kosel, known as Robinson’s Arch, would be governed by a public council that includes representatives from the ‘liberal’ Jewish movements, an arrangement that is unacceptable on several counts.

For starters, it would usurp the authority of the Chief Rabbinate at the Kosel, paving the way for prayer services that are alien to the vast majority of Israelis, even those who identify themselves as secular. The men and women who daven regularly at the Kosel, in keeping with religious norms that date back thousands of years, would be driven away, chalilah, by those who view the Kosel as a prop in their bid to gain acceptance for their bizarre practices.

Secondly, the idea of placing one part of the Kosel under the authority of the Chief Rabbinate and another part under the authority of Reform leaders sets a precedent that could lead to a similar arrangement in areas of kashrus, marriage and divorce, batei din and so on. There is only one Rabbinate and its rulebook is Halachah. Other beliefs that masquerade as Judaism have brought disaster on Am Yisrael around the world.

Third, the Reform have tried for decades to gain recognition in Israel, under the mistaken impression that the country’s secular and traditional majority would be fertile ground for its message of “be religious without accepting ol malchus Shamayim.” What they failed to understand is that Israelis who aren’t yet religious aren’t interested in something contrived. When they do want to tap into religious Judaism — either for a major life-cycle event or because they’ve decided the time has come to upgrade spiritually — they want the real thing.

Allowing the Reform a presence at the Kosel — especially with a shared entrance that gives the impression of equality — can be confusing and misleading to uninformed Jews in Israel and those visiting from abroad.

Finally, the Reform must not be allowed to turn the Kosel into a point of friction, a divisive force, just to advance its own narrow interests. Today, everyone is welcome at the Kosel, everyone davens together, the Jew with the black hat and the Jew with the cardboard kippah. But what allows for that unity is the understanding that it is a religious site, whose hallowed traditions must be respected. That is the common denominator.

Since the Kosel was liberated in 1967, Jews have come from all over the world to daven together. The vast majority understood that no matter what they did back home in their synagogue or temple, this was Yerushalayim ir hakodesh, the remnant of the Beis Hamikdash.

Common sense says that the Kosel is a religious site and therefore under the exclusive jurisdiction of the Rabbanim. For this reason, the High Court of Justice must refuse to hear the case, just as, l’havdil, it would refuse to hear a petition to allow people to enter a mosque in Israel with shoes on, because that’s how they do things in Detroit.

While the Reform movement is ignorant when it comes to Jewish learning and sources, it is very familiar with the tenets of democracy. It should therefore respect Israel’s democracy which is putting forth legislation to cancel the Western Wall Plan.

It is undemocratic and unbecoming for Jews anywhere in the world to threaten to withhold support for Israel if they don’t get their way. If they want change, they need to move to Israel, participate in the political system and create new laws.

Until then, they need to respect the status quo, which is clearly in the best interest of the unity and continuity of Jewish people.