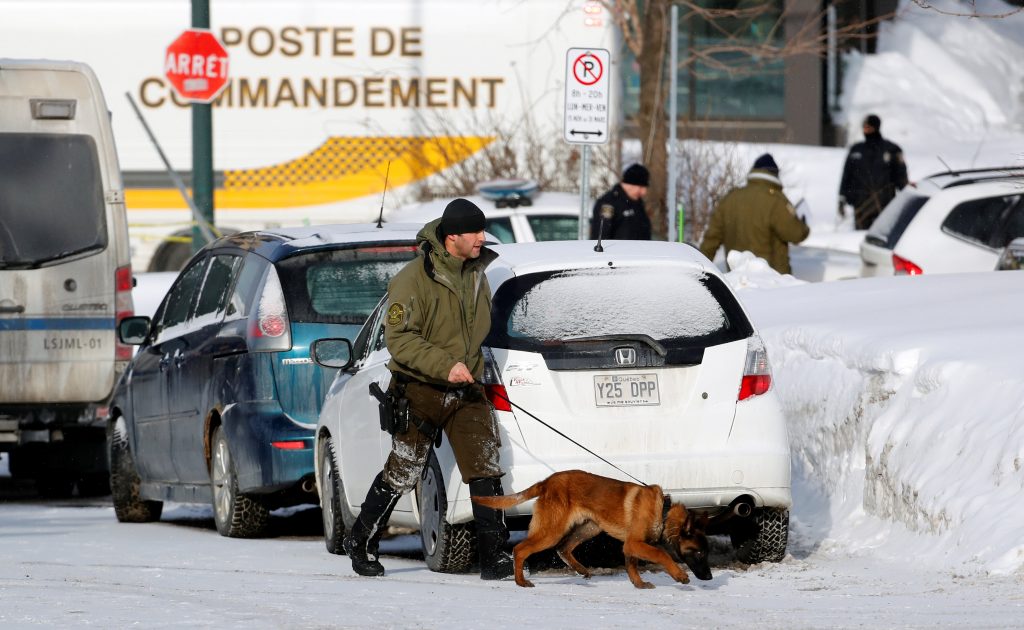 The French-Canadian student accused of killing six people during evening prayers in a Quebec City mosque had rented an apartment nearby, suggesting he may have been targeting the house of worship, local media reported on Tuesday.

Alexandre Bissonnette, 27, who said he was a fan of President Donald Trump and far-right French politician Marine Le Pen, had recently moved into an apartment near the mosque with his twin brother, an unnamed neighbor of their parents told the Canadian Broadcasting Corp.

Bissonnette, the sole suspect in Sunday night’s shooting, was charged on Monday with six counts of first-degree murder and five counts of attempted murder with a restricted weapon. Police said he acted alone.

Police declined to discuss a motive for the shooting at the Center Culturel Islamique de Québec, but friends and online acquaintances told Canadian media he expressed anti-immigration sentiments, especially toward Muslim refugees.

A social science student and former cadet known in online circles for his right-wing views, Bissonnette was described by a former classmate as a “nerdy outcast.”

Bissonnette did not hide his hostility toward Muslims during his long interrogation by police, reported Montreal’s La Presse newspaper, quoting a source close to the investigation. He was also interested in guns, and practiced shooting at a local club near the provincial capital, La Presse reported.

The slightly built Bissonnette made a brief appearance in court on Monday under tight security, wearing white prison clothes and looking downcast.

Prosecutors said all of the evidence was not yet ready, and Bissonnette, a student at Université Laval, was set to appear again on Feb. 21. No charges were read in court and Bissonnette did not enter a plea.

Bissonnette’s lawyer, Jean Petit, declined to comment at the courthouse on Monday.